This year saw the release of adidas Yeezy 350 Boost Turtle Dove (The Grey version), which caused a lot of hype for yeezy fans and sneakerheads.

Only a few limited pairs of the adidas Yeezy 350 Boost Turtle Dove were released in South Africa- and AREA3 Store in Braamfontein launched the 350 Boost’s using a raffle system.

Owning the Yeezy Boost’s was unique because not everyone has the sneaker/s…..but now owning the Turtle Dove version raises lot’s of questions if whether your pair is REAL or FAKE?

Below we take you throught the steps to see the difference between the REAL pair and the FAKE pair – images by @Fake_Education.

“The writing on the insole of the unauthorized is white, which is incorrect. It’s black on the real pair. Also, the wording runs in the opposite direction on the unauthorized.”

“First, in the highlighted green area, you see on the unauthorized pair the heel-tab is placed a lot further away from the ankle collar.”

“The black stitching pattern going up the middle from the midsole on the unauthorized is just a disaster. On the retail real pair, you can see that there is a clear pattern that looks like an “X” and then a square — and it repeats.”

“The adidas logo is super-sized on the unauthorized.”

“The ‘YZY’ is massive on the unauthorized. The font is tremendously larger. Easy to spot.”

“Inside size tag says ‘Sample’ on the unauthorized, which is incorrect.”

“The underside of the insoles are completely different on the unauthorized.”

“When you remove the insoles, this is what you see. Notice the retail pair has a black strip going thru the middle, while the unauthorized has exposed stitching.”

“The unauthorized box is all wrong.” 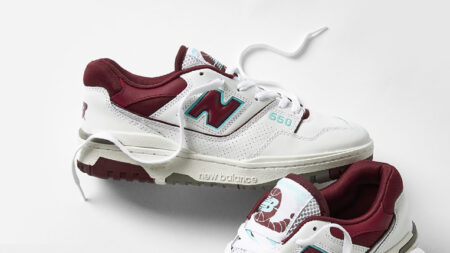 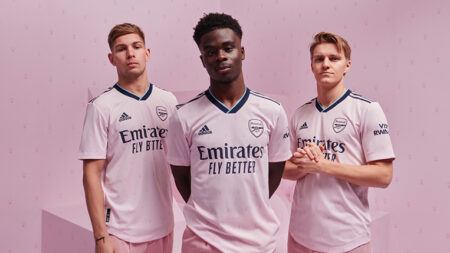 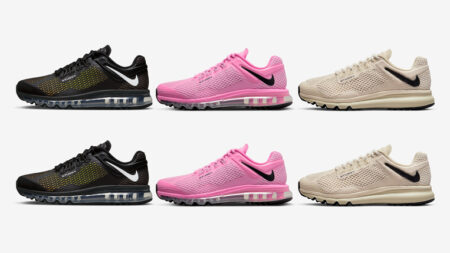