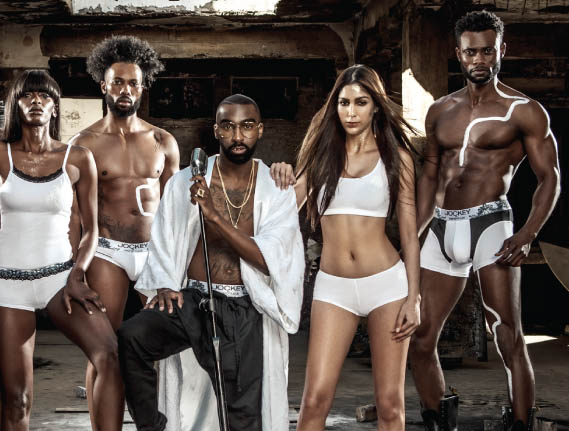 Reiterating their commitment to fashion and innovation, Jockey officially launched the new range at pre-launch events in Cape Town and Johannesburg, signalling the debut of ‘Live Fierce’ in retail stores across the country.

One of the most recognisable faces in the fashion industry, David is an internationally respected and award-winning designer. With its raw textures and shadow motifs, inspiration for the new range is borne from David’s theatrical approach to fashion, which bears a strong African and baroque influence.

Boasting daring prints, bold features and fierce confidence, the Jockey by David Tlale range is racy, bold and sexy. Designed to make the wearer realise their inner powerful self, this range makes a statement in every essence, proclaiming an independent culture and revealing mightiness.

The Jockey South Africa license was awarded to Ninian & Lester (Pty) Ltd, from USA, in 1951 and the first Jockey garments were launched 2 years later in 1953. Since then, they have firmly entrenched themselves as one of the largest manufacturers of underwear in South Africa. Jockey retails underwear and sleepwear garments for men, women and children who love the idea of living life to the fullest, and looking and feeling fabulous.