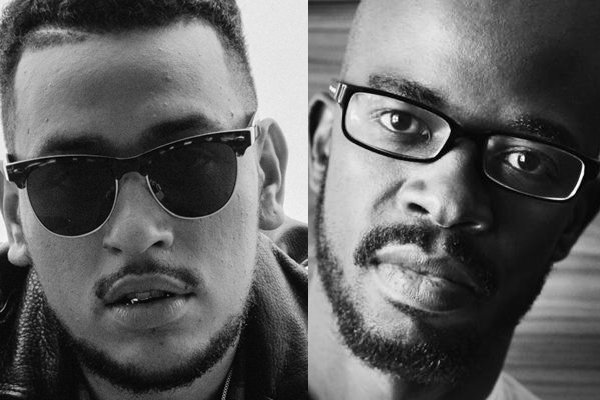 Well seems like the #DstvIRock Festival which took place from Saturday at Polokwane turned into a scene between two SA music heavyweights. This is after it has been revealed that Black Coffee slapped AKA’s road manager at the festival while preparing to get on stage.

Rapper , AKA took it to twitter with a series of tweets to confirm the news: 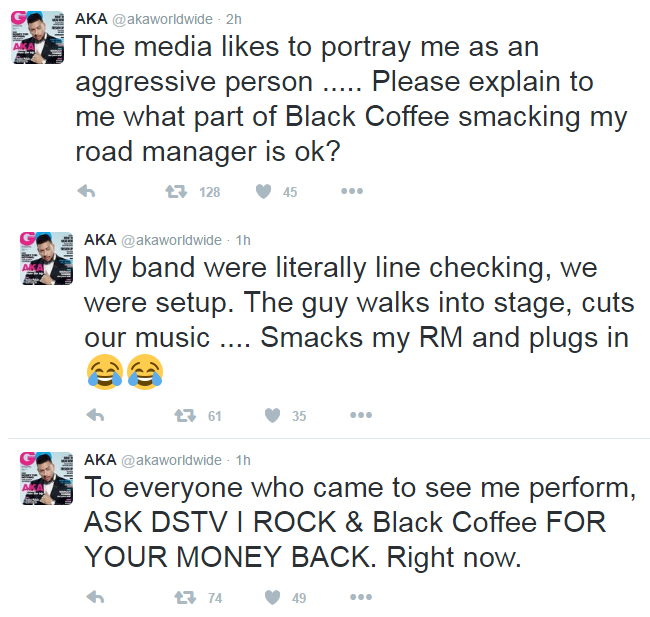 Furthermore, a source close to Zalebs who was attending the event revealed more:

“Black Coffee was preparing to perform his set. However, AKA’s team was also ready to perform. Black Coffee then explained to Tshiamo that it was his time to perform and asked them to get off the stage. Before we knew it, Black Coffee slaps Tshiamo, after the incident Tshiamo then goes to inform AKA and the others.” Said the source.

This is not the first scenario we see both artist beefing on public domain, Last year the two sparked a twitter war when AKA slammed Black Coffee for talking bad about local hip hop; Read it here.

Black Coffee hasn’t said / hinted anything about the incident, so guess will have to wait and hear his side of the story….