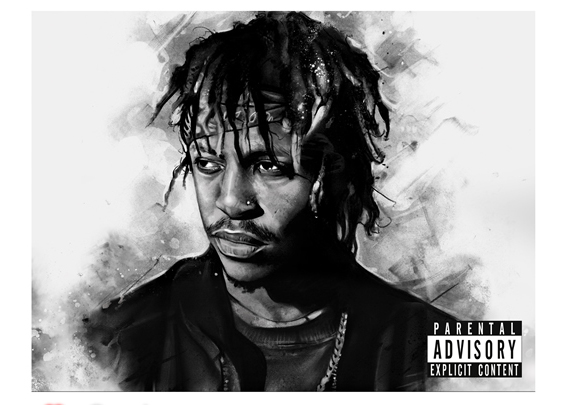 Yung Swiss has finally released his much anticipated debut project Bottom Baby EP.
The project is one of the best sonically driven projects to come out from Africa the vocal sound infused with the production.

On the features K.O delivers a verse on ‘Jungle’ which he himself personally said is arguably his best verse ever, another notable feature is with Nadia Nakai who appears on ‘Where the Work’.
The interludes at the end of each track gives this EP an easier listening and assist in indulging the story.

The entire project was produced by Playground Productions. This project gives you a stellar understanding of Yung Swiss as he opens up about his life and cements his place in the continents hip hop scene and that he is here to stay for years to come.

Adding to the story of this EP, Swiss has wrote out a beautiful and powerful message to his mother who he says he hasn’t seen in 10 years….and this makes up a tracklist. On the message Swiss tells his mother how he’s excited for releasing this EP, the milestone of getting K.O and Nadia Nakai as guest features. Further he explained that he’s on the chorus on MAYO by DJ Speedsta which is currently most played track on SA radio at the moment. He wraps it up with saying he will come pay her a visit as soon as he has enough money to travel.

Below is the full message and the stream to the entire EP: 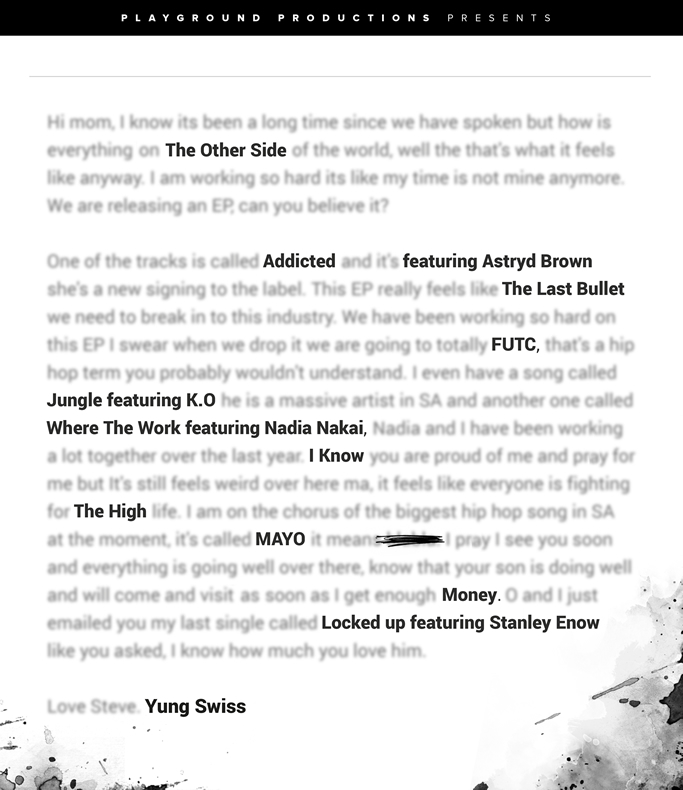