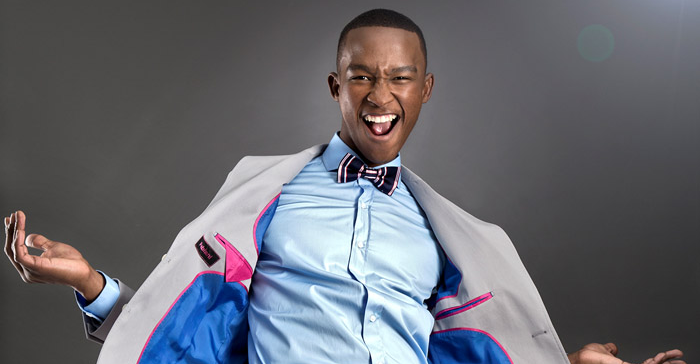 The well-known TV personalities; Katlego Maboe and Thando Thabethe will host the 11th South African Film and Television Awards (SAFTAs).
The awards ceremony will take place this Saturday, 18 March in Sun City (North West). Having a look at this year’s nominees, we see Isibaya, The Road and High Rollers battling it out for Best TV soap/Telenova. Most popular TV soap category includes shows like; Isibaya, Zabalaza, The Road, Gold Diggers, Isidingo, Generations: The Legacy, Uzalo Season 2, Rhythm City and more.

The South African Film and Television Awards (sometimes referred to as the Golden Horns; often simply called the SAFTAs) is an annual South African awards ceremony hosted by the National Film and Video Foundation (NFVF) to honour creative excellence in the local film and television industry as assessed by the volunteer judges. The various category winners are awarded a statuette, officially called the Golden Horn, and a certificate.

This will not be the first we see Katlego take the stage to host the SAFTAs.

“Finally, I’m allowed to let the Kat out the bag! The fabulous @thando_thabethe and I will be your hosts for #SAFTAs11 Really excited to work with this super talented lady and the team, to celebrate the best in SA film and television. See you on Saturday, 8pm, ON @SABC2 (sic),” he expressed. Thando is also no stranger to hosting the awards, you will remember her last major gig as the host of #SAMA22.

“So EXCITED to FINALLY announce that I together with @katlegomaboe will be your official hosts for the biggest night in film and television the #SAFTAs11 @saftassa …what an honor, what a privilege… catch the show LIVE on SABC2 8pm this Saturday…see you in SunCity (sic),” she expressed.

The 11th South African Film and Television Awards (SAFTAs) will broadcast live on SABC 2 at 8pm.