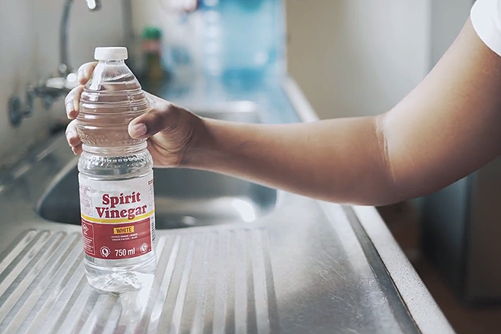 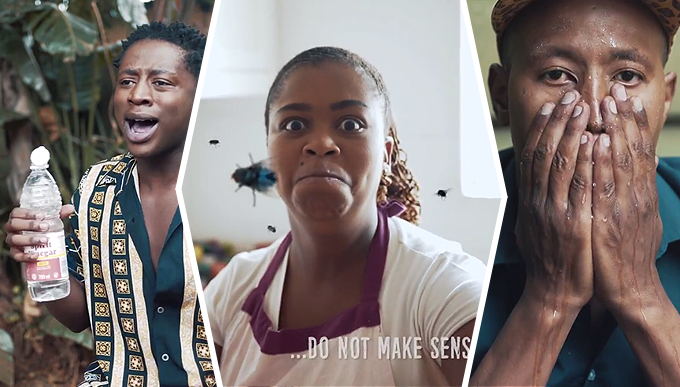 Do you ever wonder if you have seen the Vinegar advert before?
OM Films recently shared a comedic Vinegar advert – and it’s quickly gone viral thanks to twitter for the brew.

It all started on Twitter when the few tweets rolled out:

– I refuse to die before I see advert ya Vinegar – @Psyfo_MS95

– The saddest thing is that we are all going to die without seeing a vinegar advert. – @Brnjey

– Has anyone ever seen a Vinegar Advert, though 🤔? – @MachineGunTKay

– Come to think about it, I’ve never seen a vinegar advert 😞 – @Tupantsa

Dubbed ‘Vinegar Commercial (Disrupt Videos)’ a minute-and-a-half ad features three different characters – with each facing different challenges. The comedic ad tells the story of a woman (Church pastor) who is troubled by flies inside her house, another scene features a Student who always wanted to be a coloured and get admitted to Afrikaans school. The solution to all is simply the Vinegar.

Furthermore, we got in touch with OM Films to get more insight about the ad and here’s a quick chat below:

We saw a meme, actually. It was written in Setswana. It trended. The meme stated that a person might die before ever having seen a vinegar commercial. We decided to give them a peaceful death. 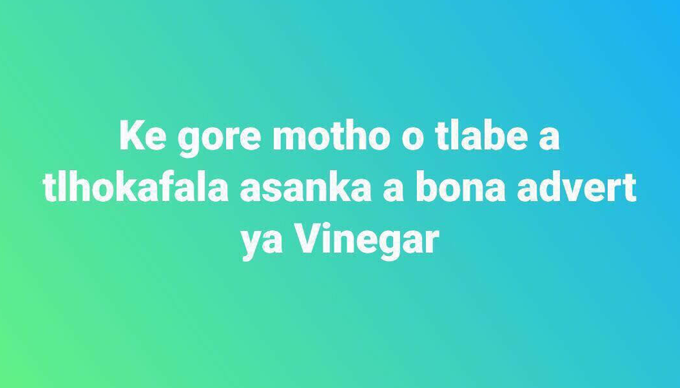 TELL US ABOUT THE CONCEPT INTO THE CHARACTERS YOU CHOSE (1. A LADY BOTHERED BY FLIES 2. GUY ADDICTED TO NAYOPE 3. A GUY WANTING TO STEP INTO AFRIKAANS SCHOOL)

Well, we work as a team and we focus on each other’s strengths. Vinegar has many uses and we decided to approach it differently. TaFire is really excellent at impersonations and Afrikaans is his strong point. Fash is really fantastic on improvisation and he is well clued up on relevant local culture and different personalities. Nelisiwe really detests flies in real life and always uses vinegar as a repellent. It works, but we twisted the manner in which she uses it; for a more comedic visual impact. We nurtured what was already there.

DO YOU THINK DESERVES TO HAVE SUCH AN AD? …WHY?

Any product that has been consistent in quality deserves to be celebrated. Especially products that have grown with us through our childhood ages. It’s brand loyalty because of quality consistency. That deserves to be acknowledged.

IF YOU WERE A MARKETING CREATIVE DIRECTOR FOR VINEGAR, WHICH ONE LOCAL CELEB WOULD YOU PICK TO BE THE FACE/ AMBASSADOR OF THE PRODUCT?

Fash, TaFire or Nelisiwe… because they did it first – in this manner.

We decided to collaborate, simply because we respect each other’s work and consistency in content delivery. This is just the beginning for us and we greatly appreciate the positive feedback that we have received from everyone so far.

Check out this dope advert below!

That’s a wrap from us, please follow OM Films on: