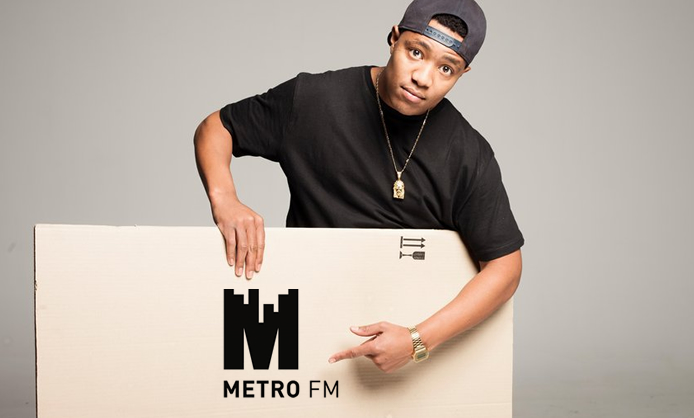 Lesego Nkaiseng, known to many as DJ Speedsta, has officially joined Metro FM.
The popular Hip Hop jock and TV personality will begin his duties this Saturday as the host of ‘Absolute Hip Hop’ together with Luthando Shosha (Lootlove). Both will own the 6-10pm (Saturdays) slot which was previously hosted by Sphectacula and DJ Naves (who left the station last month).

DJ Speedsta is fresh from YFM, where he has been hosting ‘The Hip Hop Floor’ on Thursday night and ‘Hot 9Nine – Hip Hop.’ He joined the station back in April 2015.