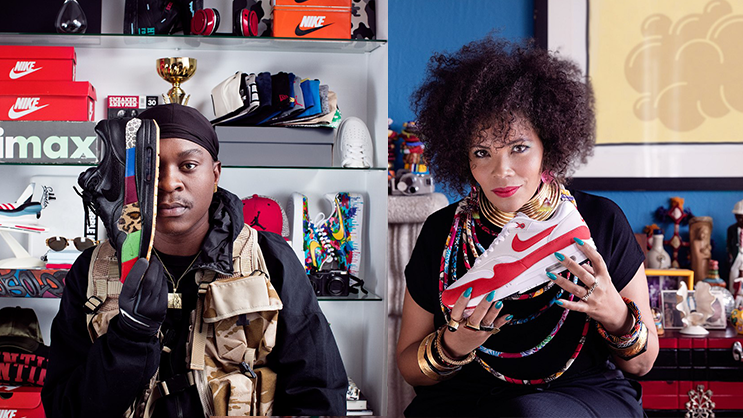 Shooting Style: I think I’m very chill when I shoot. I see myself as flexible and adaptable. You’ll rarely see me using a tripod. I like to be able to move around when I shoot.

Equipment: I mostly shoot with my Canon unless it’s something that will go billboard and then I’ll shoot Medium Format. Lighting equipment all depends on the brief but again, I like to keep things simple.

The Lens: When I shoot Canon definitely my trusted 50mm f/1.2L lens.

Editing or nah? I do retouch my images but try and keep it as raw and natural as possible. I don’t like over-retouching. Colour and grading are what I focus on mostly.

Born and raised in Johannesburg, Zwarts began her career in the publishing industry before moving to Cape Town, London and then New York to further her passion for photography. Having recently moved back to South Africa, Zwarts has been based in NYC since 2008 and spent 4 years assisting high-profile fashion photographer Jason Kibbler. 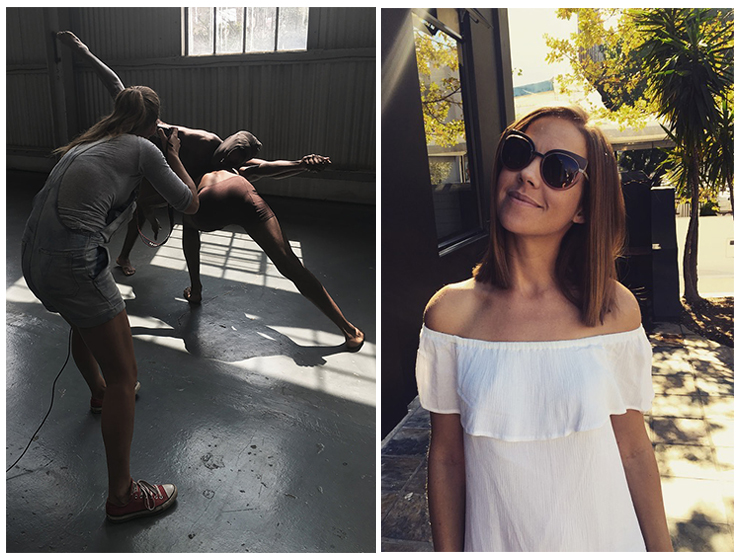 We asked Liezl a few questions to find out more about her personal style, her interest in photography, career achievements and more.

Read what she had to say below:

For our readers that aren’t as familiar with your work, can you please introduce yourself?

Very briefly, I’m a South African photographer who recently moved back to South Africa after living and working in New York City for the last 8 years. I guess there’s lots more to say but that’s the short and sweet version.

How did you get into photography? Tell us about your first experience.

By some miracle, a magazine editor gave me the job as an in-house photographer. I’m self-taught and at that time I haven’t even assisted anyone yet so it was literally fake it till you make it. Haha. I learned a lot in a very short amount of time, to say the least. After 2 years of working for the magazine, I quit my job as I felt I needed to learn more and searched for the best photographers in South Africa at the time and started assisting them.

What’s the first Camera you got?

I only started photography at 23 so everyone was already shooting digital. My first camera was a Canon 20D. A whopping 8 megapixels. That was a lot at the time.

For how long you have been in the industry?

I guess that will give away my age but I’ve been in the industry for the last 12 years.

How did you transition from amateur shutterbug to professional?

When I got to New York, I assisted some of the best photographers in the world like Sante D’Orazio and then I worked for Jason Kibbler for about 5 years where I learned most of what I know. In New York, it’s very difficult to make the transition from assistant to a photographer. The two can’t overlap. You’re either a photography assistant or a photographer. So walking away from the income you make from being an assistant to trying to make it as a photographer is very difficult. At that time I started travelling to South Africa more often (I normally only came back once a year). I started shooting more in South Africa and then would go back to New York again. Until eventually I signed with my current agency Lampost. Having an agent helps a lot. 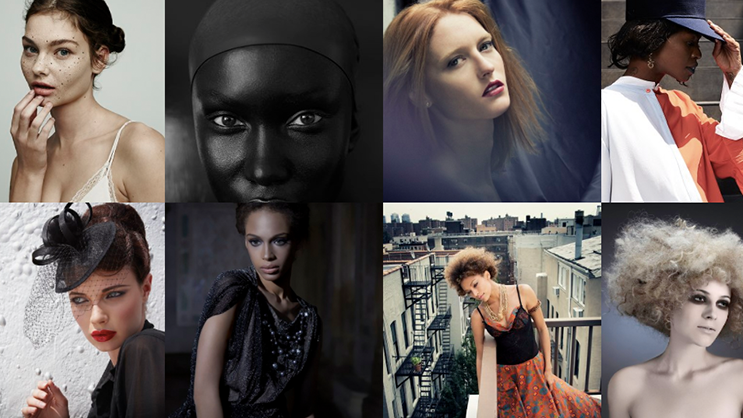 What are the attributes of a good photographer?

I think it depends on what kind of photography you do. But with a number of photographers trying to make it lately I’d say tenacity and perseverance are very important. Without saying, talent, skill and creativity are obviously up there when it comes to attributes of a good photographer but I think mostly, in a professional environment, while on the job, being able to ’translate’ and execute that which the client has in mind and staying calm under pressure is a very important skill to have. Making the client feel that all’s good even when you’re freaking out inside.

How does your concept for a photo shoot come together?

It all depends. For an advertising job it normally starts with receiving a brief from the client/agency and then brainstorming together with the creative director. If it’s my own project, I will normally have some kind of an idea of what I want to shoot or a message I’d like to convey. From there I’ll start sourcing reference images and put together a mood board of sorts but often the shoot evolves. That’s one of the things I like most about photography. The creative process from beginning to end.

Who has been a great influence or mentor to you?

The photographer I assisted for 5 years. Jason Kibbler. He is not only one of the top photographers in the world but also (and I don’t think a lot of photographers has this skill) he is an amazing businessman. The things I learned from him about the business side of photography are priceless.

When did your relationship with Nike begin?

And how did it come about? I did my first shoot for them in December 2016. I was introduced to the Nike Agency, Futura, by Lampost (my agency). I shot the Nike Women Campaign with Caster Semenya. It was such an amazing experience. A couple of months after that I shot the Nike AirMax Campaign. I developed a great relationship with the Nike team in the process and hopefully, there’ll be more campaigns to come in the near future. 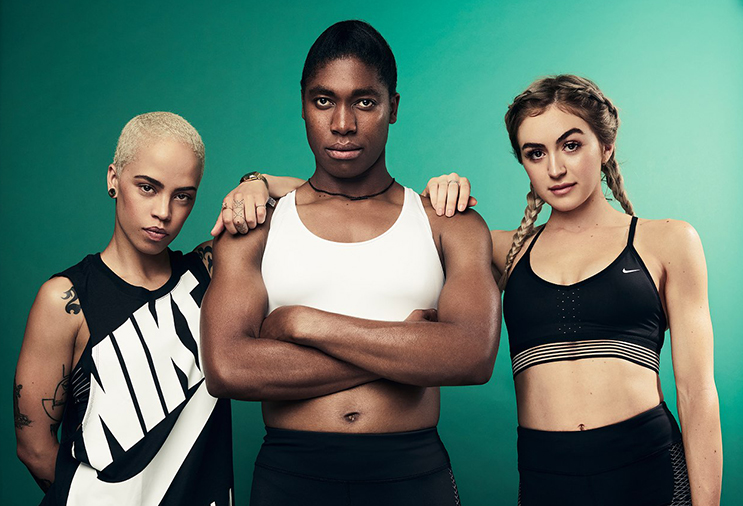 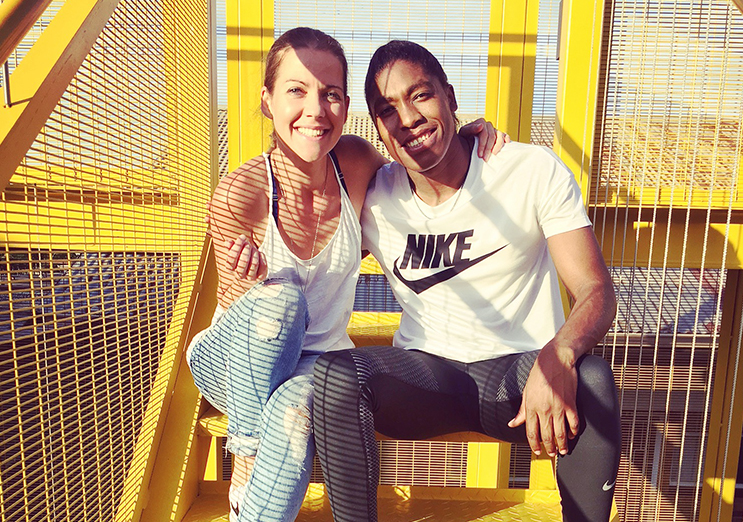 Why did you agree to work with Nike?

Is that a trick question? Haha. I think it’s any photographers dream to shoot for Nike. On a lot of my personal projects, I work with and shoot dancers. The reason why I love photographing them so much is what they’re able to do with their bodies and their almost sculptural physique. So doing a shoot that’s very much aligned with my personal passion, working with world-class athletes whose bodies are in the same category of dancers made the Nike Women shoot even more amazing for me.

Share with us some of the Nike campaigns that you have shot?

As mentioned above I’ve done the Nike Women Campaign last year and beginning of this year the Nike Air Max Campaign. 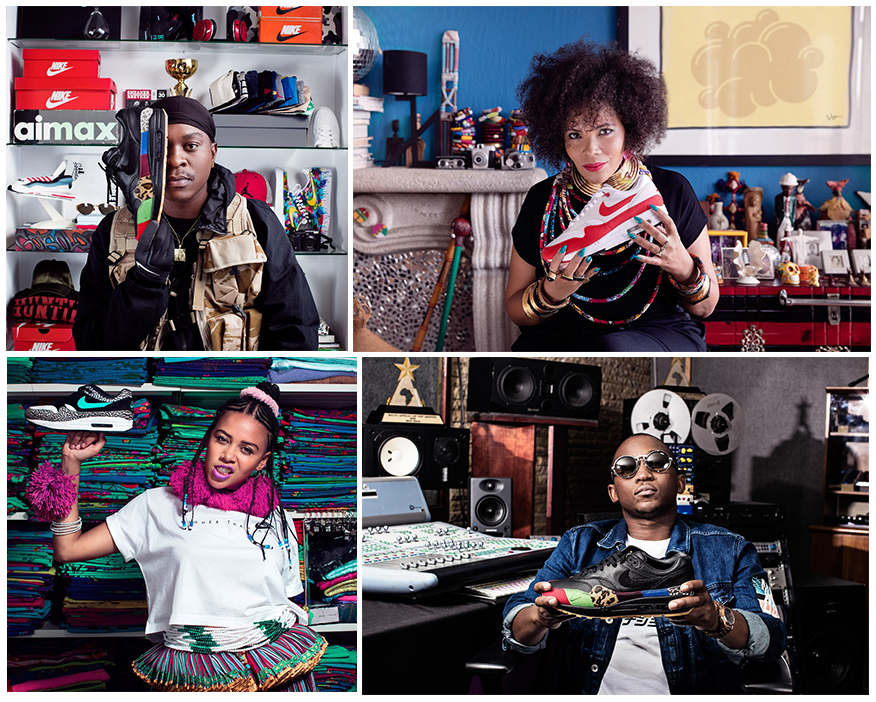 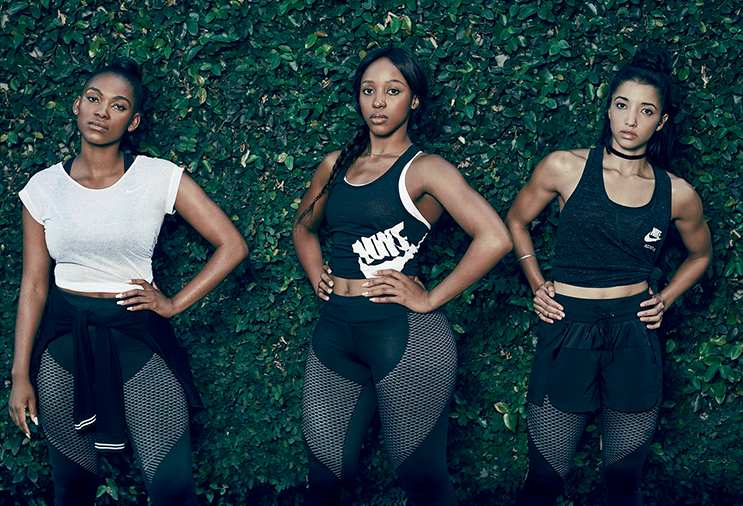 In all the campaigns you have done with Nike, do you sort of get a brief before the shoot? or do you bring the concept to the table?

They normally have a clear idea of the direction the shoot has to go in. They’ll send me a brief and a mood board to communicate the concept. The concept comes from Nike Global and then each country will adapt that concept around what’s going on locally. On the actual shoot days, there’s often a lot of brainstorming and improvising going on. The Nike Agency, Futura, is also very flexible to ideas and suggestions.Which is great. Not all clients are open to suggestion.

How valuable are these campaigns to your career?

You are also part of the LAMPOST agency, tell us about the agency and also how has it helped you in your career?

Lampost has been a big part of building my career and where I am today. I wouldn’t have been able to come this far without their help. They are very respected in the industry and it helps a lot to have them behind you.

What is in your Camera Travel Bag / What type of photography gear do you use most? When I travel I

When I travel I try to keep my bag as light as possible. I have my Canon 1DX and I’ll normally have two lenses. My 50mm 1.2 and 24-17 zoom lens. I prefer shooting with fixed lenses though. If I need anything else I’ll rent it.

What is your all-time favorite image you’ve taken?

That’s a tough one. Probably one of these two. Both of dancers. 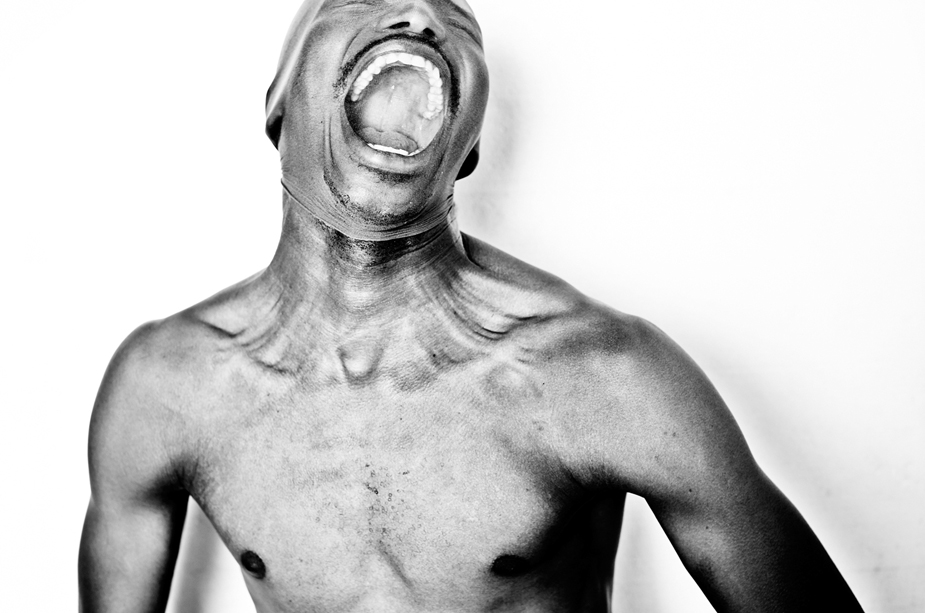 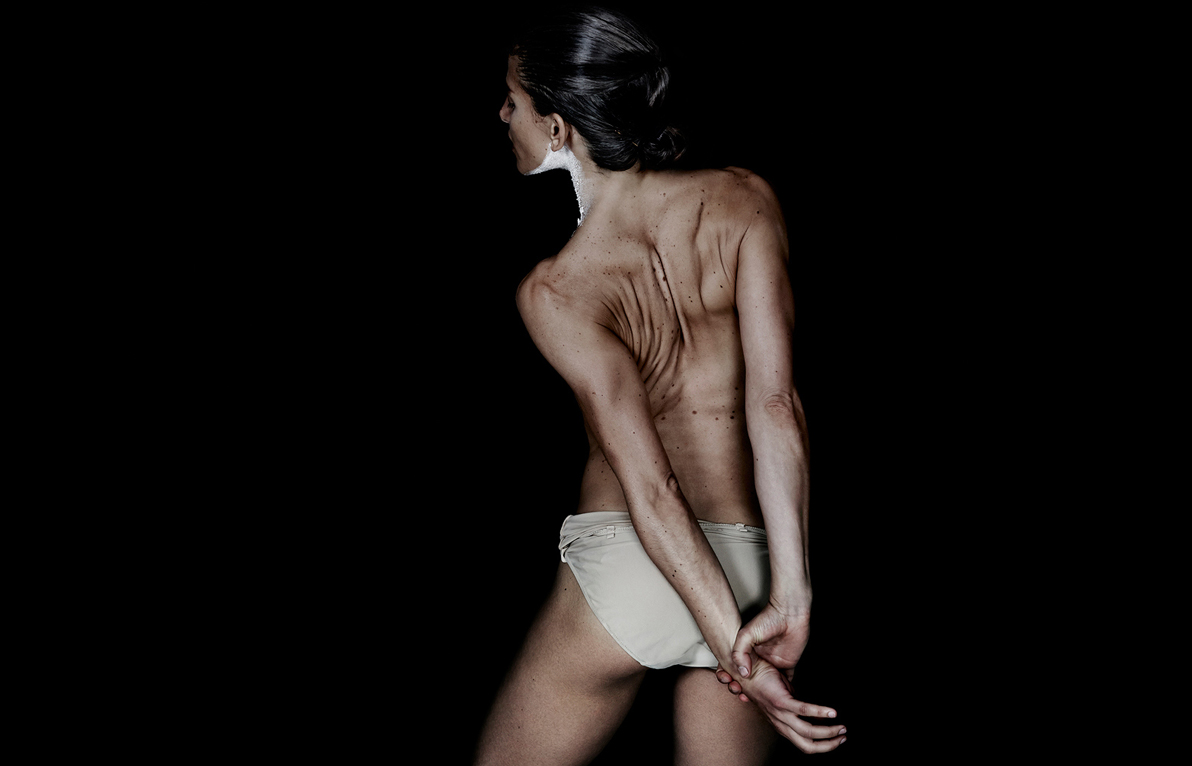 What are your thoughts on post-processing photographs?

It’s definitely needed. Especially when working with fashion and advertising photos that will be printed really big or billboard size but for me personally I try and keep the retouching minimal.

Name 3 of your Favorite Photographers: …and why?

You do travel between SA and NYC – how do both inspire and inform your work?

New York is very 1st world and you see and meet some of the best work and people in the world. It has very much influenced my work and style of photography and South Africa… I’m just so in love with this country and the people and the mix of cultures. It has so much soul and depth and character. You can’t help but feel inspired when you’re here.

Any projects you have in the pipeline?

Yes, a couple of projects work wise. And I also just came back from a month in New York where I worked on an ongoing personal project and also did another shoot with a dancer I used to work with a lot there.

If you could take one iconic photograph of anybody in the world, who would it be?

What tips would you give aspiring photographers who find themselves with opportunities to shoot with big names / big companies?

Well, if it’s in line with your goals then go for it. I think as long as you stay true to yourself as much as possible.

You can also find me under photographers on the Lampost website, lampost.co.za.

The wait is over! MIGOS to perform in South Africa this weekend
Tshwane Food Festival to spoil food lovers with African cuisines