MOVIE OF THE WEEK: Jumanji: Welcome to the Jungle 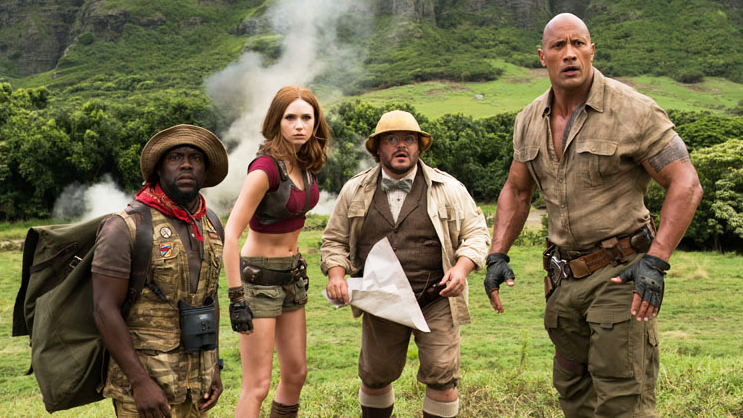 After that much wait, Finally, we get to see Sony Pictures’sequel, Jumanji: Welcome to the Jungle!.

The new Jumanji tells a story of four teenagers who are sucked into Jumanji’s world – pitted against rhinos, black mambas and an endless variety of jungle traps and puzzles. To survive, they’ll play as characters from the game: meek Spencer becomes a brave explorer (Dwayne Johnson); hulky jock Fridge becomes a tiny genius (Kevin Hart); It-girl Bethany becomes a bookworm professor (Jack Black); and unathletic Martha becomes an amazonian warrior (Karen Gillan). To beat the game and return to the real world with their lives, they’ll have to start seeing things in an entirely different way.

The will be showing at Ster-kinekor cinemas from 26 December, here is a trailer to get you started: