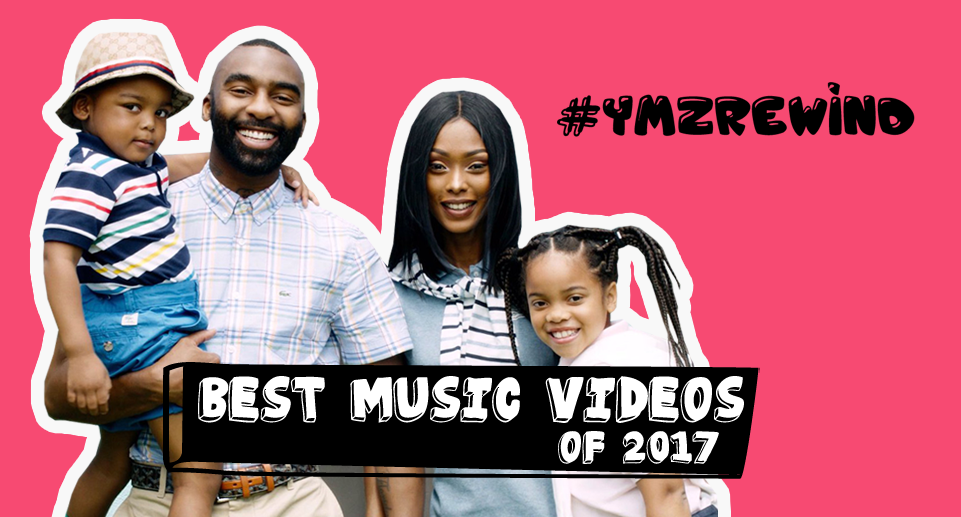 Now into music videos, this another interesting category to look out for.
We bring you a list of 10 finest music videos that released this year. And in this case, creativity, story-telling, direction and concept are the major key.
Before we reveal the list, let’s first applaud Kyle Lewis (Arcade Content) who is doing magical work for both the music industry and a bunch of brands that use visuals to communicate.

Riky went all out for this music video. On the music video, Riky decided to take us to the old days of a joyful home in South Africa. He decided to invite his family (wifey and kids) to star on the video. Cassper plays a role of the weatherman, Riky then uses scenes reminiscent of TKZee’s hit track Dlala Mapantsula in the ring.

The creativity and concept of the video is a dope one.

Earlier this year, Nasty C premiered a new short film ‘Veliswa’ to pay tribute to his mother, and as part of the package, he decided to release 3 world-class music videos for Don’t Do It, Good Girls and Phases.
The 15 minutes-long video trilogy is another stellar and masterpiece presentation by Kyle Lewis. The presentation of ‘Good Girls’ is just adorable with the appearance of different faces. The concept of the video is just an easy take but more solid in delivering the correct visual message.

On this video, we see Bontle Modiselle and partner – Priddy Ugly go all romantic until the wedding ceremony. The clean presentation of the visuals, simply makes it a killer and ofcourse the wedding concept, which once left the industry in talks.

This is the first video off Jullian Gomes’ ‘Late Dreamer’ album and the catchy song features the talented vocalist, Sio. The ingenious video was made in Italy by a renowned animation company which chose to make it in stop-motion, a process of manipulating paper and/or still objects to appear as though they are moving. This kind of innovation and attention to detail encapsulates Jullian Gomes’ vision and work ethic.

The story in the 1000 Memories video follows a woman that falls in love with a man but wonders if he knows of her existence. The pair live on opposite sides of town limiting their chances of interaction. Although he is oblivious to her existence when their paths cross, the woman holds on to the hopes that one day he will notice her and in turn they could take chance at love.

6. Mi Casa feat. Yemi Alade — Get Through This

The raved Maleek Berry produced collaboration which has topped charts and is charting across the globe, gets a vibrant and thought-provoking visual directed by Justin Campos and iCandi Cam. The simple concept, colours, and setup makes the video an eye-candy.

Sampled from 2011’s Boom Clap Bachelors jam ‘Løb Stop Stå’, the single delivers a laid-back and mellow sound with soulful beats, not forgetting AKA who comes in with rich lyrical content and a groovy chorus.
Checking out the visuals, you will notice the clean and flair scenes which were shot in parts of Thailand . On the video, AKA decided to call of his bae – Bonang Matheba who brings on the sauce to the music and we see the two get closer. This will not be the first AKA features Queen B on a music video, that’s if you remember SuperMega’s all-time signature jam ‘Jealousy’ which released years ago.

The video brings a touch of retro visuals while reminding us of the history. The incredible video that supports ‘ALL HAIL’ is another masterpiece directed by Kyle Lewis.
“ALL HAIL” follows the highly successful single “One Source”. This powerful industry collaboration no doubt boost the success of the One Source EP.

The impressive music video brings together Goapele and Cassper Nyovest who are caught up in the world of virtual technology.
This is another stellar and masterpiece presentation by Kyle Lewis.

The video is presented in a clean and cinematic manner, showing various sculptures, a lady who takes on the stage to show her dance moves and the man himself – Eagle is 3 parts. This is a presentation by Cidefx Films and directed by ArmsDeal.

Sho Madjozi is closing off 2017 with the visuals for her biggest song of the year ‘Dumi Hi Phone.’
The single which features PS DJZ – released mid-2017 and easily gave Sho Madjozi a solid stand in the industry. The dope work done on the visuals cannot be ignored, as this is a stellar presentation which celebrates our culture and dance. The colourful setup, vibe and concept definitely allow the video to be a must-watch.