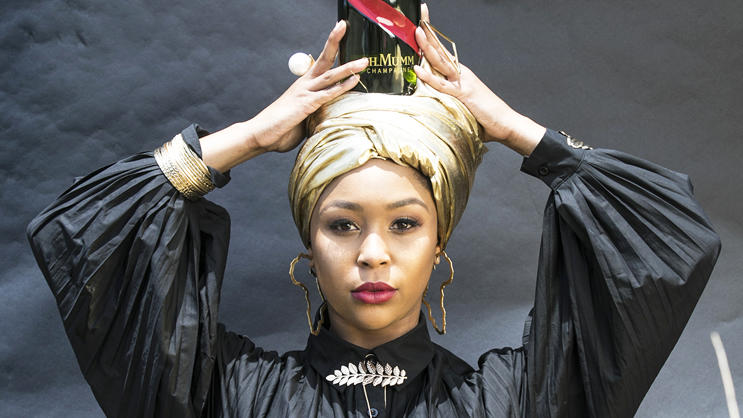 As titles go Minnie has had a few and while you’ve probably enjoyed her taking the role of Master of Ceremonies over the years, Minnie has just been accredited with a different MC title to kick off the year – she is now the official Master of Celebrations for the brand that know how to celebrate best, GH Mumm.

Minnie will launch into her new role by celebrating Africa’s most prestigious horse-racing event, the Sun Met Celebrated with Mumm, on the 27th of January 2018. Mumm’s CEO (Chief Entertainment Officer), Usain Bolt, will also be in the country, hosting the G.H. Mumm Paddock Club at the event.

The Sun Met celebrated with Mumm is a major highlight on the African horseracing and social calendars, attendees can expect to see high end afro-chic fashion, the hottest celebrities and 13 powerful races on top of world-class entertainment in the Mumm Paddock Club and equestrian-inspired elegance.

Ster-Kinekor announces that Marvel’s ‘Black Panther’ will be specially formatted in IMAX!
STREAM: DJ Sliqe’s new anthem ‘Do It For Me’ feat. A-Reece, Bhlaklyt