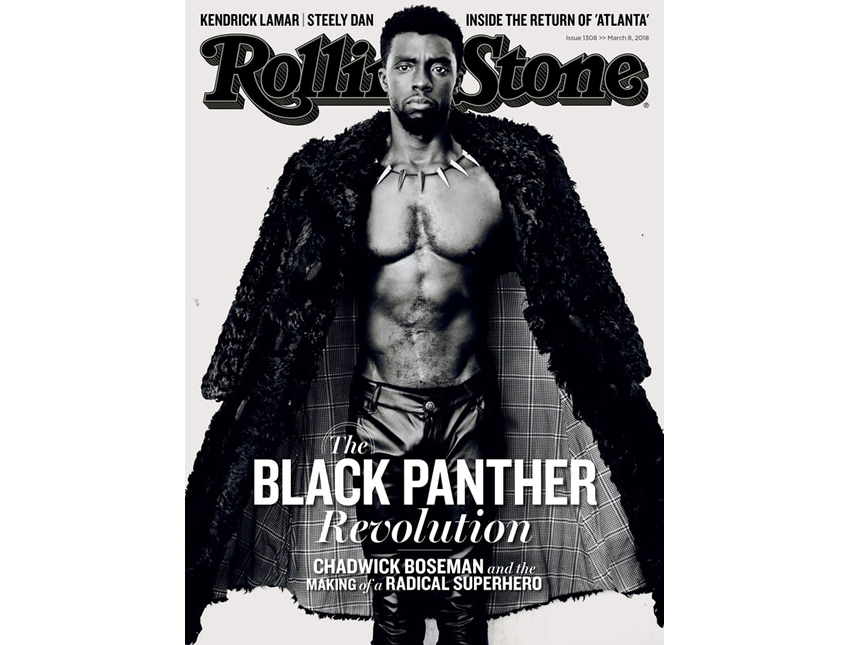 Chadwick Boseman recently caught up with Rolling Stone for a chat about creating the most-talked ‘Black Panther.’

Boseman touched on a number of things from the production of the film, African accent, travelling to South Africa and takes us back to his childhood days.

The film grossed over $404 million worldwide, and its domestic opening weekend of $201.8 million was the fifth-highest of all-time.

Here are key things from the interview:

African accent was an important factor

Doing the movie with an African accent was an important factor for Boseman, he revealed to Rolling Stone that he drew inspiration from Shaka Zulu and Patrice Lumumba, Mandela speeches and Fela Kuti songs. He came down to South Africa twice for research.

Rolling Stone: For his fight scenes, he trained in African martial arts – Dambe boxing, Zulu stick fighting and Angolan capoeira. He also made two trips to South Africa for research. On one trip, a Cape Town street musician bestowed on him a Xhosa name: Mxolisi, or “Peacemaker.”

“I had to push for that. I felt there was no way in the world I could do the movie without an accent. But I had to convince [the studio] it was something we couldn’t be afraid of. My argument was that we train the audience’s ear in the first five minutes – give them subtitles, give them whatever they need – and I believe they’ll follow it the same way they’ll follow an Irish accent or a Cockney accent. We watch movies all the time when this happens.”

This was a huge and costly production

This Marvel blockbuster was made on a $200 million budget, but the returns were great; the film grossed over $404 million worldwide, and its domestic opening weekend of $201.8 million was the fifth-highest of all-time.

“The money and manpower it takes to create this entire African world – it’s a huge production. But this is not Star Wars – this is a black superhero movie!. What would it mean if it didn’t happen? You’d be saying there’s a second class of Marvel movies. A second-class citizenship.”

Director of the film: Ryan Coogler:
“We were making a film about what it means to be African. It was a spirit that we all brought to it, regardless of heritage. The code name for the project was Motherland, and that’s what it was. We all went to school on Africa.”

Growing up in South Carolina (in a small city Anderson), Chad grew up with both his parents and racism was real.

“I’ve been called ‘nigger,’ run off the road by a redneck, like, ‘Fuck you, nigger’ – of course. Seen trucks flying Confederate flags on the way to school. I’m not saying it was an everyday occurrence – but if somebody was feeling tradition that day . . .”

You can read the full interview here.