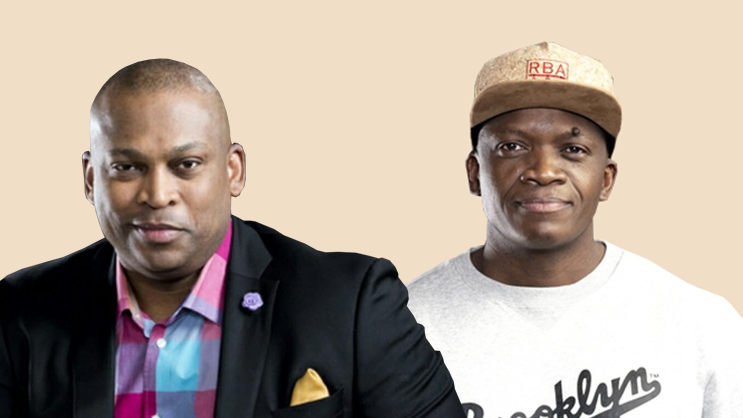 Update: 2018/04/01
Sunday Sun has put out a report that Robert Marawa has declined an offer that was put out on the table by Radio 2000. A source told the paper;

“Robert refused to sign his Radio 2000 contract. He wants to report to the station and not to SABC Sport.”

“But all sport on radio has been integrated into SABC Sport, same goes for News. He wants to be the exception to the rule that applies to over a 1 000 employees contracted to the SABC.”

Well, at this stage we don’t know when to expect Marawa’s voice again on the radio.

This report comes when SA Radio industry is at a shake as a number of stations are making changes to their on-air lineup. Metro FM will welcome new presenters Thomas Mlambo, Thembisa Mdoda and Thomas Msengana, while Amon Mokoena and Rapulana Seiphemo havesigned to Motsweding FM.

Building up to major radio line-up changes in April, Sports presenter Robert Marawa is set to hit back the airwaves again, but this time he will be joining Radio 2000, reports TimesLive.

According to the report, from next month, Marawa will host a new 2-hours sports show, airing weekdays between 5PM and 7PM.

Marawa left his famed 083 Sports@6 with Robert Marawa slot on Metro FM last year after protesting against the suspension of his then producer Beverly Maphangwa, which he said was unfair.

Do stay tuned for more updates as radio stations will be refreshing their line-ups.

WHERE TO BUY: The Air Jordan 9 “Bred” this Saturday
OUR EXPERIENCE AT: The Samsung’s Galaxy S9 Studio