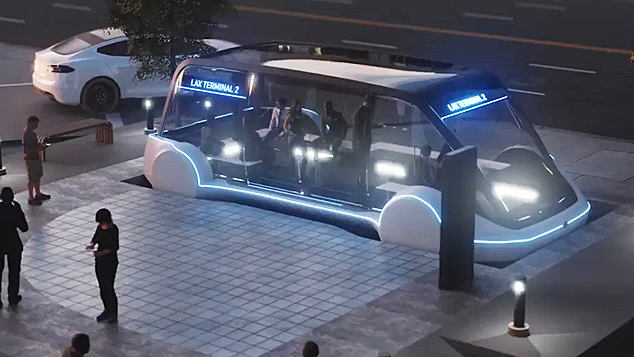 Elon Musk is still pursuing his plan to introduce underground tunnels to make the transporting system easier through The Boring Company.
Musk wanted to introduce this new innovative idea for cars but has now made a twist to focus on passenger buses.

In a series of tweets, Musk revealed that all tunnels and hyperloop will prioritize pedestrians and cyclists first. He also revealed that the loop system will come with 1000 small stations.

Boring Co urban loop system would have 1000’s of small stations the size of a single parking space that take you very close to your destination & blend seamlessly into the fabric of a city, rather than a small number of big stations like a subway

The company will build tunnels which will be used by buses and private cars, and will support high-speed Hyperloops which would transport passengers in pods at speeds of up to 700 mph.

To give us an idea of what it will look like, here a short video shared by Musk on Twitter:

Better video coming soon, but it would look a bit like this: pic.twitter.com/C0iJPi8b4U