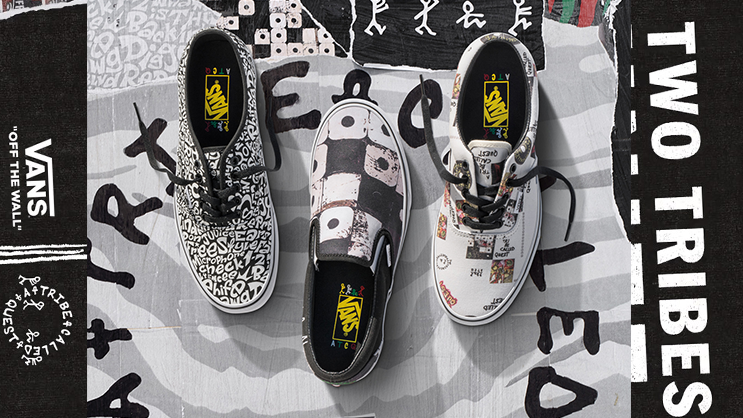 Vans has linked up with Sony Music’s innovative merchandising company The Thread Shop, to unveil an exclusive footwear collection that pays homage to A Tribe Called Quest.

A Tribe Called Quest was an American hip-hop collective formed in 1985 and originally composed of MC and main producer Q-Tip, MC Phife Dawg, DJ and co-producer Ali Shaheed Muhammad and MC Jarobi White, who left the group in 1991 after the release of their debut album. White continued to contribute to the band sporadically before rejoining for their 2006 reunion. Along with De La Soul, the group was a central part of the Native Tongues and enjoyed the most commercial success out of all the groups to emerge from that collective. The group released six albums between 1990 and 2016. The band broke up in 1998 after releasing their fifth album. In 2006, the group reunited and toured the United States. In 2016, they released their sixth and final album, which was still incomplete when Phife Dawg died suddenly in March 2016 and was completed by the other members after his death.

Paying tribute to the style, art, music, and originality of the artist’s immense cultural influence since the early 1990s, Vans celebrates A Tribe Called Quest’s outstanding contributions to music and pop culture with footwear designs that memorialize their iconic album artwork and the vibrant song lyrics forever embraced by the 90s zeitgeist and beyond.

The exclusive collection offers a range of Vans classic silhouettes including the Slip-On, UltraRange, Old Skool, Slip-On, Authentic, Sk8-Hi and Era in bold colors and prints, illustrating the group’s most favorite milestones of their career.

The Slip-On style highlights the cover artwork from A Tribe Called Quest’s 2016 album, We Got It From Here… Thank You 4 Your Service, with embroidery of the album title, while the Era features an all-over graphic print of album covers spanning from 1990 to 2016. Based on The Anthology album artwork, the group’s rendition of the Old Skool features a classic black on black colorway. The Sk8-Hi features odes to their well-known Bonita Applebaum track with album artwork and printed lyrics on the shoelaces, quarter panels, and lining. And a truly special rendition comes from the Authentic, which honors the life of the late Phife Dawg, who passed away in 2015. Lastly, the group’s version of Vans’ newest silhouette, the ultra range, features black leather uppers with a contrasting red side stripe.

Look out for A Tribe Called Quest x Vans Collection to release at Shelflife (Joburg & Cape Town) and online www.shelflife.co.za on Friday, 06 April 2018. 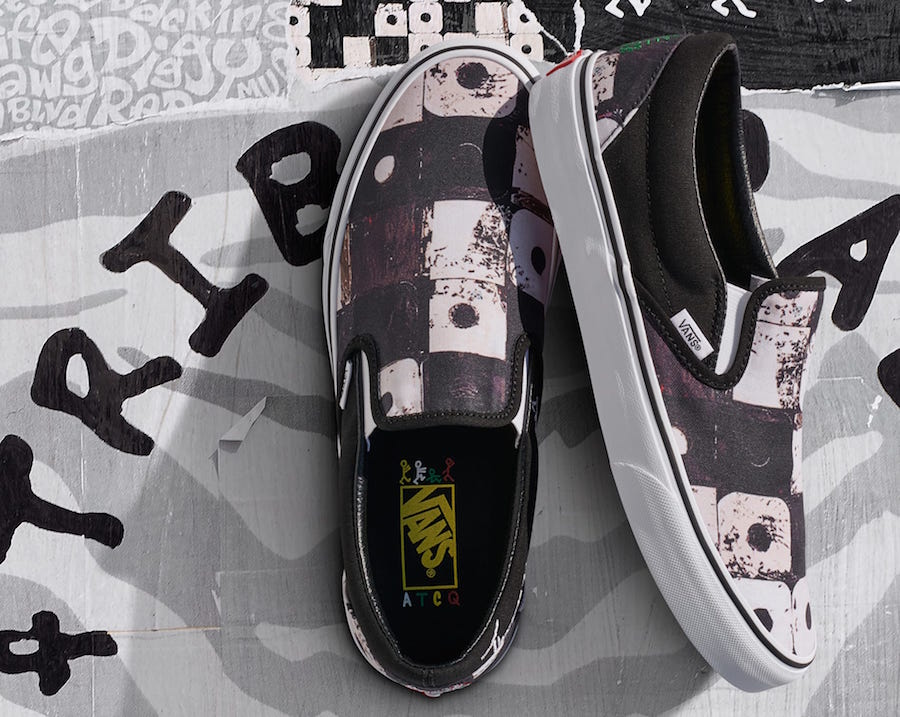 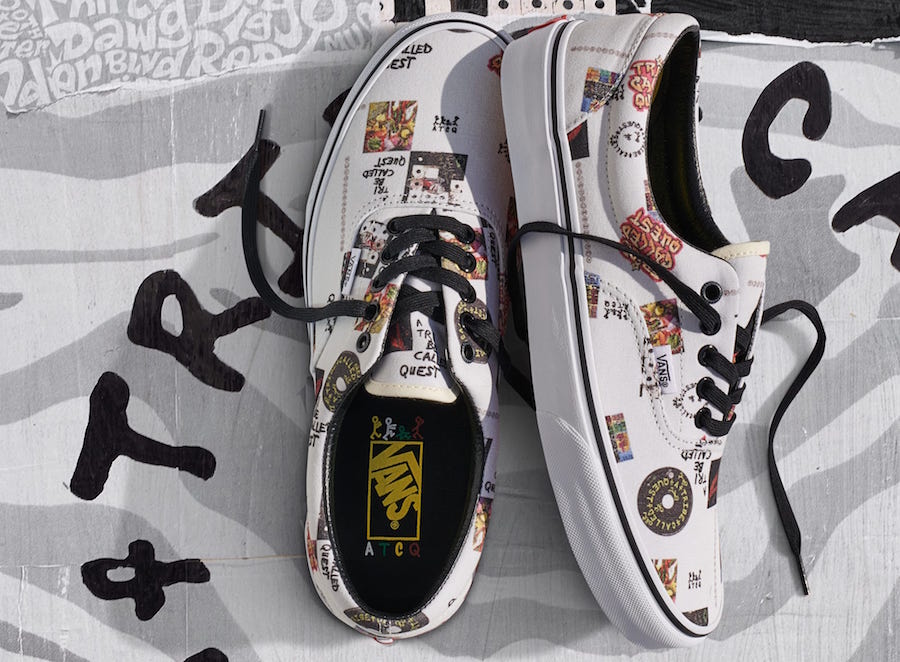