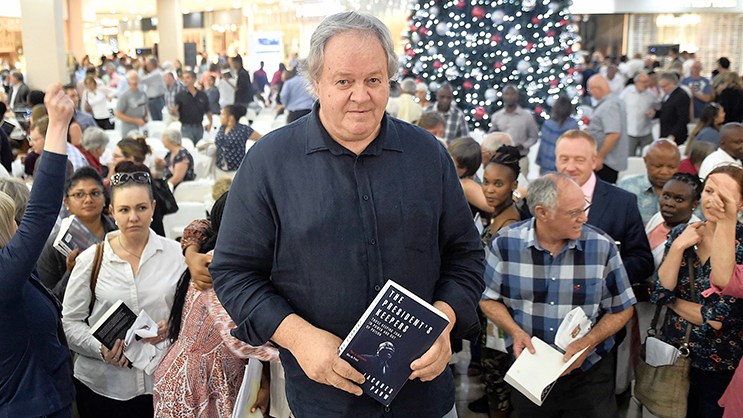 Jacques Pauw’s controversial book, ‘The President’s Keepers’ has made it to the top as the best-selling book in South Africa’s history and it will be turning into a television series.

According to dailymaverick, up to 197 000 copies (including 26 000 ebooks) have been sold, which makes it best-selling book in SA history, including the ebook sales –  so that means South Africans have spent around R50-million in buying the book.

And furthermore, filmmaker Neil van Deventer will be turning The President’s Keepers’into an 18-part television series while a London-based publisher has purchased the international publishing rights.

Mhmmm…does that mean we will end up seeing that on Netflix?

Here are the biggest sellers in South Africa’s history as published on 702..co.za: