Top 5 Movies to Watch in Cinema This Month – September 2018 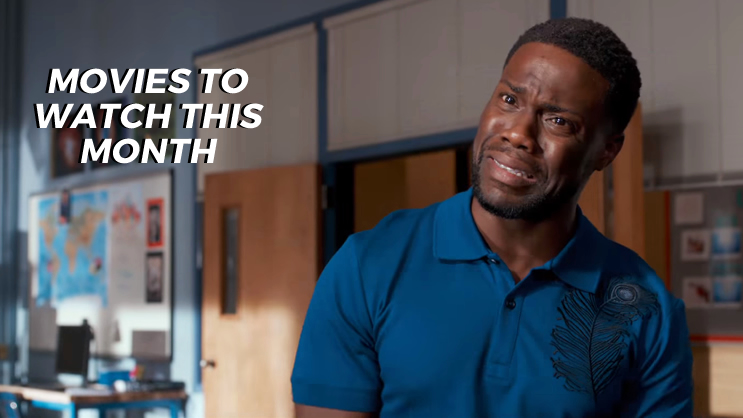 It’s another month for great movies, and we got you covered when it comes to movies you have to check out in cinemas.
Local cinemas got a great line-up of all sorts of movies this Spring and September month.

Fans of Mark Welberg can look forward to seeing him star in new action film ‘Mile 22’.

The film is directed by Peter Berg, with screenplay written by Lea Carpenter from a story by Graham Roland and Carpenter.

Wahlberg stars as James Silva, an operative of the CIA’s most highly-prized and least-understood unit. Aided by a top-secret tactical command team, Silva must retrieve and transport an asset who holds life-threatening information to Mile 22 for extraction before the enemy closes in.

The Nun is a horror film directed by Corin Hardy. It’s a spin-off of 2016’s The Conjuring 2 and the fifth installment in The Conjuring series. The film stars Demián Bichir, Taissa Farmiga and Jonas Bloquet.

When a young nun at a cloistered abbey in Romania takes her own life, a priest (Demian Bichir) with a haunted past and a novitiate on the threshold of her final vows (Taissa Farmiga) are sent by the Vatican to investigate. Together they uncover the order’s unholy secret. Risking not only their lives but their faith and their very souls, they confront a malevolent force in the form of the same demonic nun that first terrorized audiences in “The Conjuring 2,” as the abbey becomes a horrific battleground between the living and the damned.

Rowan Atkinson is back on the screens. He returns on Johnny English Strikes Back, the third installment of the Johnny English comedy series. In this film, Atkinson (Johnny English) is still the accidental secret agent and this time he has to deal with a cyber-attack that reveals the identity of all active undercover agents in Britain. Called out of retirement, English dives head first into action with the mission to find the mastermind hacker. As a man with few skills and analogue methods, Johnny English must overcome the challenges of modern technology to make this mission a success.

The Predator is a must watch for horror fans. The film is directed by Shane Black and stars Boyd Holbrook, Trevante Rhodes, Jacob Tremblay, Keegan-Michael Key, to mention a few.

The Predator comes as the fourth installment in the Predator film series, following Predator (1987), Predator 2 (1990) and Predators (2010).

From the outer reaches of space to the small-town streets of suburbia, the hunt comes home in Shane Black’s explosive reinvention of the Predator series. Now, the universe’s most lethal hunters are stronger, smarter and deadlier than ever before, having genetically upgraded themselves with DNA from other species. When a young boy accidentally triggers their return to Earth, only a ragtag crew of ex-soldiers and a disgruntled science teacher can prevent the end of the human race.

The film stars Kevin Hart and Tiffany Haddish and judging from the trailer, this is another solid comedy release.
Based on a story by Hart, the comedy from director Malcolm D. Lee (“Girls Trip”) follows a group of misfits who are forced to attend adult classes in the longshot chance they’ll pass the GED exam.