DJ Sabby has just released the visuals to his first single for the year titled Theowa.
On this one, DJ Sabby invited Gigi Lamayne and Manu WorldStar to deliver a solid collaboration.

The idea was to deliver a thrilling video set in the desert in DJ Sabby’s realm which included Gigi Lamayne and Manu WorldStar each having their own playgrounds. DJ Sabby marks his arrival, Gigi Lamayne puts to rest all the sacrifices she has made to get to where she is right now, and Mau WorldStar’s clone figures represent his versatility. 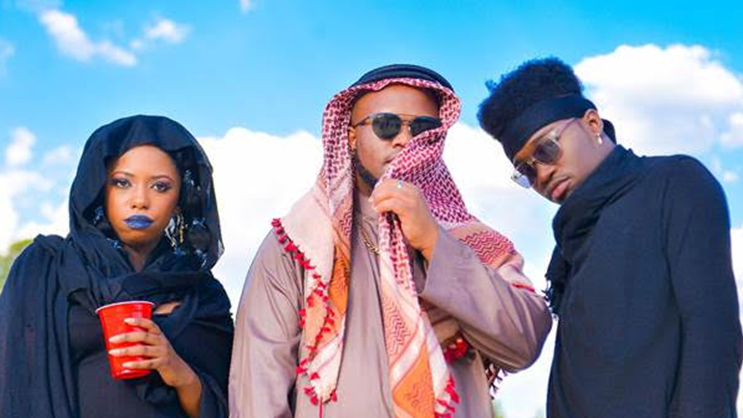