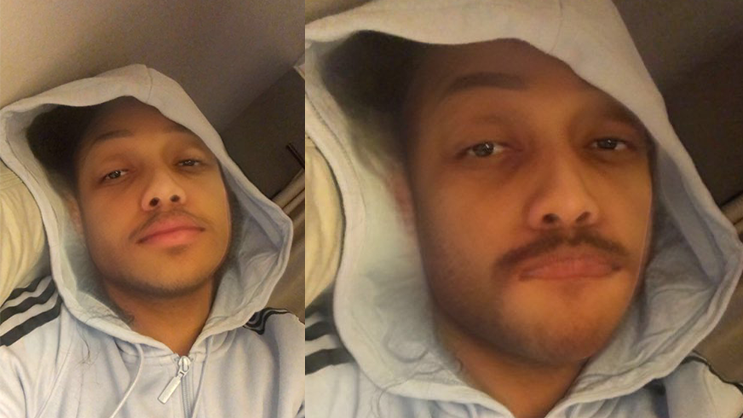 You could have not missed the new Snapchat filter that is now a buzz on social media.
Snapchat has refreshed their app with new filter that allows users to alter their gender appearance. In this case, users who are males can turn their faces into females and vice versa, all because of the new filter, and allow you to take on a gender-swapped alter-ego.

A bunch of photos have been flooding social media, with people using the filter and wanting to see what they will look like as the opposite sex.

The female filter enhances the look by adding lashes, longer hair and makeup effects with lipstick.

And as expected, the new filter comes with a bunch controversy and has led to most men setting up Tinder profiles using their new female look as a profile picture.

Jake Askew, from Norwich, UK, said he decided to set up the account because he thought he looked ‘unreal’ with the filter and it soon transpired that loads of blokes agreed. More than 1,650 ‘liked’ his profile and he received between 300-400 matches .

‘Jess’ – who is actually Jake, who is a student at University of Derby – also revealed that lots of blokes got in touch to make some rather indecent proposals.

Speaking to LADbible, the 20-year-old said: “One chap asked ‘Are you a piece of art because I want to nail you up against the wall’. Another talked to me about his ‘pork sword’ and one bloke simply asked me to ‘sit on his face’.

Further, it shines a light on gender norms, where it’s expected that being a female means having long hair, long lashes, and being a man means having short hair and some beard.

Local celebrities have also jumped ship on the app, have a look at their posts below:

If I were a boy…😂 pic.twitter.com/NYhbwmTXhV

Me as a boy . pic.twitter.com/oq2kkdHDqG