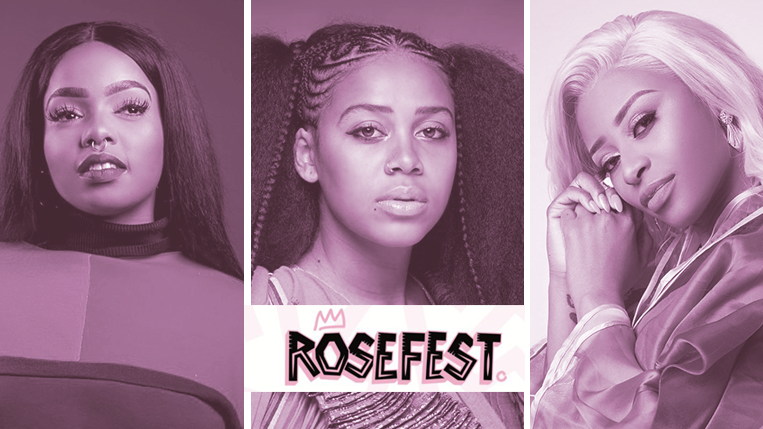 Shekhinah has announced her first ever and self-curated tour RoseFest.
And to own the platform, the festival will only feature female artists on the lineup. RoseFest tour will take place in two cities Joburg and Durban. The Joburg tour will take place on Women’s Day, 09 August at Nasrec Expo Centre. The Durban edition will only follow later in the year, 12 October.

Connecting to both National Women’s Day and the women empowerment themes of Rose Gold, Rosefest also creates a space to showcase the incredible women in the South African music industry. With each act personally selected by Shekhinah. The micro-festival will feature performances by DJ Doowap, Simmy, Sho Madjozi, Busiswa, Moonchild and DJ Zinhle to name a few.

Tickets for the show are available at WebTickets, priced from R240.

MY FIRST TOUR #RoseFest19 PRODUCED AND HEADLINED BY FEMALES ONLY🚀 THANKU 2 ALL LADIES ON THE LINE UP 4COMING THROUGH FOR ME AS WELL AS MY ALL FEMME TEAM TICKET LINK IN BIO 😝 DURBAN DATE 2B ANNOUNCED SOON🤭 ps: LINE UP GOALS OR WHAT??????? @rosefest.za #RoseFest19 pic.twitter.com/f1QZfJwkLX