WATCH: Nelson Makamo on how he uses his work to change how the world views Africa 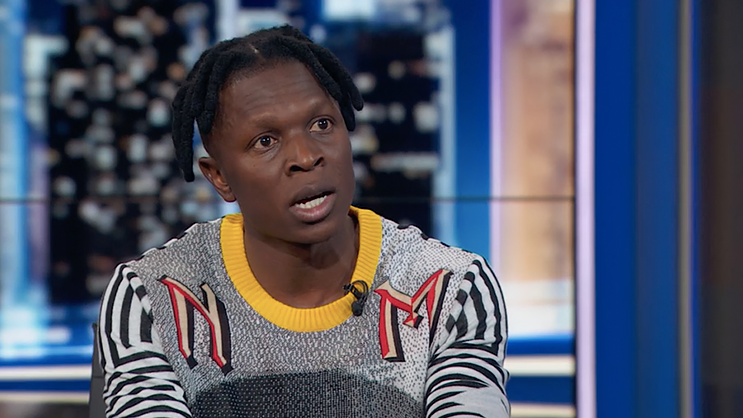 South African artist, Nelson Makamo was recently invited for a sitdown on The Daily Show with Trevor Noah.

Makamo talks about his optimistic depictions of South African children and reflects on why his work has struck a universal chord that transcends nationality.

In this interview, he opens about growing up in South Africa and how it was difficult to break through as an artist.

“My foundation of art started from there, I started actually making toys from clay. South Africa as you know in the 80s, post-apartheid we were limited in choices, art was never an option. So as a child, you were told to either become a doctor, you become a teacher, a lawyer,” he expresses.

“I was fortunate enough to have a mother who truly believed in my talent, that from an early age she supported me.”

“But it was also quite interesting, she never saw that as something that I would also make a living out of it.”

He also touches on how world-renowned personalities like Oprah and Alicia Keys have visited his studio to view his work.

He further explains how he has managed to use his work to connect with different people across the world by viewing thing from a global perspective and using his work as a universal language.

But more important, Makamo talks about how he uses the bold and up-close imagery of children to change how the world views Africa and its identity.

“I had to go back and actually reintroduce how we are as Africans, to actually say that we are more or less the same as any other person in the world.” @nelsonmakamo pic.twitter.com/lSdMaxIn14

“I had to use a reference that was too close to me, which is of a child, an African child. And the reason why I did that, was the fact that if you look at how the African child was portrayed globally, it was portrayed either hungry, disadvantaged and all of that as well. I had to go back and actually reintroduce how we are as Africans, to actually say that we are more or less the same as any other person in the world.”

Check out the full interview below: