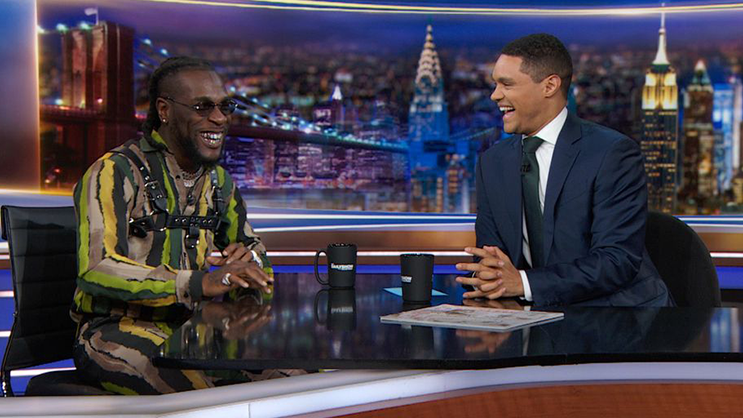 Burna Boy is the latest African star to stop by Trevor Noah’s The Daily Show.
Still pushing his new studio album ‘African Giant’, the Nigerian star had a sitdown with Trevor Noah to talk all things music. He opens the interview by telling a good story of how he first came to meet Trevor Noah in Cape Town.

In this interview, he explains the sound of Afrofusion describing it same ways pizza is made with different elements to it.

The conversation also touches on his feature on Beyoncé’s Lion King-inspired album The Lion King: The Gift and performing at Coachella earlier this year.

Burna Boy wraps the show with a medley performance of his songs “Ye” and “Anybody” from his album “African Giant.”

Watch the full interview below: