Back in September Cena who has been showing Sho Madjozi some love since, got to show his dance moves during an interview on The Ellen DeGeneres Show.

In the same interview, she did a special mention for the singer, and that got everyone talking for such a major recognition on an international show.

Now, Madjozi got the surprise of her life when Cena stopped by to join her during an interview on The Kelly Clarkson Show.

On the show, Madjozi spoke about the lovely exchange and support between her and John Cena, even though she hasn’t met her. She was then asked to perform the Qgom fueled single and that’s when she got the unexpected surprise. 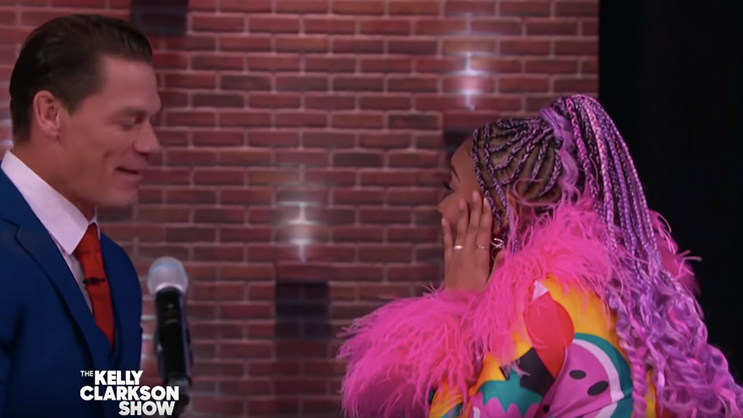