South Africa’s very own, Trevor Noah is nominated for a Grammy Award.

Noah will be up against the likes of Ellen Degeneres, Aziz Ansari and Dave Chappelle for Best Comedy Album.

Noah got nominated for his 2018 special ‘Son of Patricia’ which debuted on Netflix.
The hour-long comedy special directed by David Paul Meyer is still available on the platform. Trevor Noah touches on tacos, runaway snakes, camping, racism immunity and lessons he learned from his mother in this comedy special.

Nigerian superstar, Burna Boy also scored a nomination in ‘Best World Music’ for his 2019 album African Giant. He finds himself in the same category as Angelique Kidjo who got a nod for Celia album.

Other African stars like Wizkid, Tiwa Savage and Yemi Alade also gets a nod for their contribution to Beyoncé’s Lion King: The Gift album which is nominated for Best Pop Vocal Album. 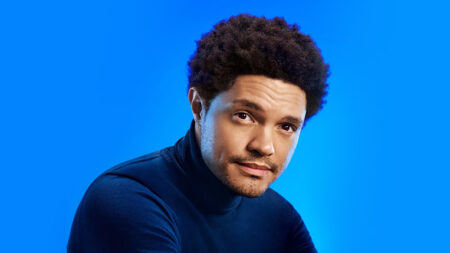