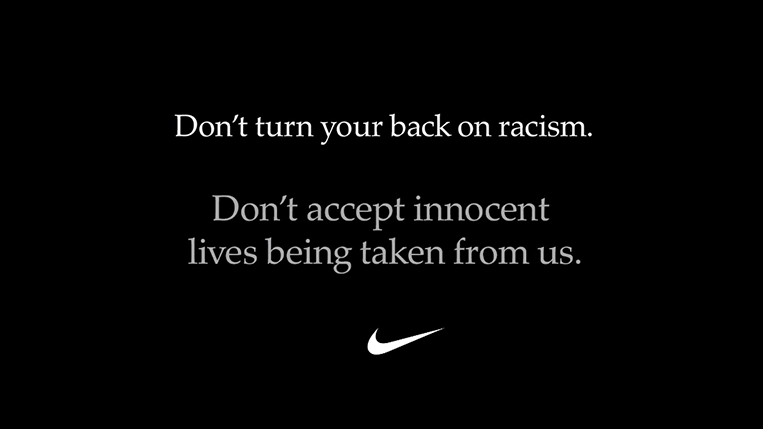 Following the murder of George Floyd, a 46-year-old black man, who died on Monday, 25 May 2020 in the United States of America, Nike has released a new advert on racism accompanied by the words “Let’s all be part of the change #UntilWeAllWin“.

Floyd was murdered by a white Minneapolis police officer knelt on his neck for several minutes after he was detained.

Don’t pretend there’s not a problem in America.

Don’t turn your back on racism.

Don’t accept innocent lives being taken from us.

Don’t think this doesn’t affect you.

Don’t sit back and be silent.

Don’t think you can’t be part of the change.

Let’s all be part of the change.

This “Don’t Do It” campaign is also in response to the deaths of Breonna Taylor, Ahmaud Arbery, and the racial profiling of Christian Cooper.

Cities across the US have been convulsed by protests sparked by the killing of George Floyd.