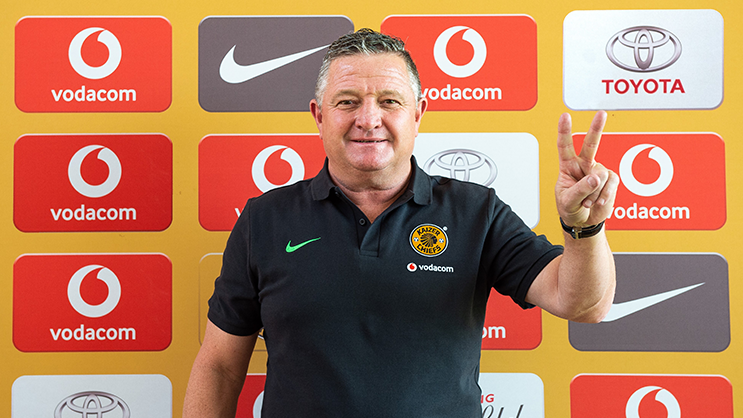 Gavin Hunt has been appointed as the new head coach of Kaizer Chiefs.
The Cape Town-born mentor will start his job immediately and his contract will see him take charge of Amakhosi’s first team for the next three seasons.

Hunt brings a wealth of experience since he joined professional football in 1981. The former defender spent most of his playing career at Hellenic FC, for 13 years. He went straight into coaching after hanging up his boots in 1994.

Hunt has an impressive CV and a glittering coaching career, including his first accolade as a coach, having promoted Seven Stars from the First Division Coastal Stream to the elite league. His other accolades include winning the PSL Coach of the Season on five occasions. He has also won the league championship four times with two different teams and has several domestic cup competitions under his belt.

Having won the league on four occasions and qualifying for the CAF Champions League, Hunt comes with the necessary experience that will be required as Amakhosi will participate in the African club competition in the new season after finishing second in the domestic league.

The announcement of the new assistant coach will be made in due course.

Hunt will meet the team for the first time next week when the squad returns to training in preparation of the 2020/21 season.

WATCH: DJ Tira opens up about the importance of understanding contracts!
MEET THE DESIGNER: Matte for Miller Design Lab