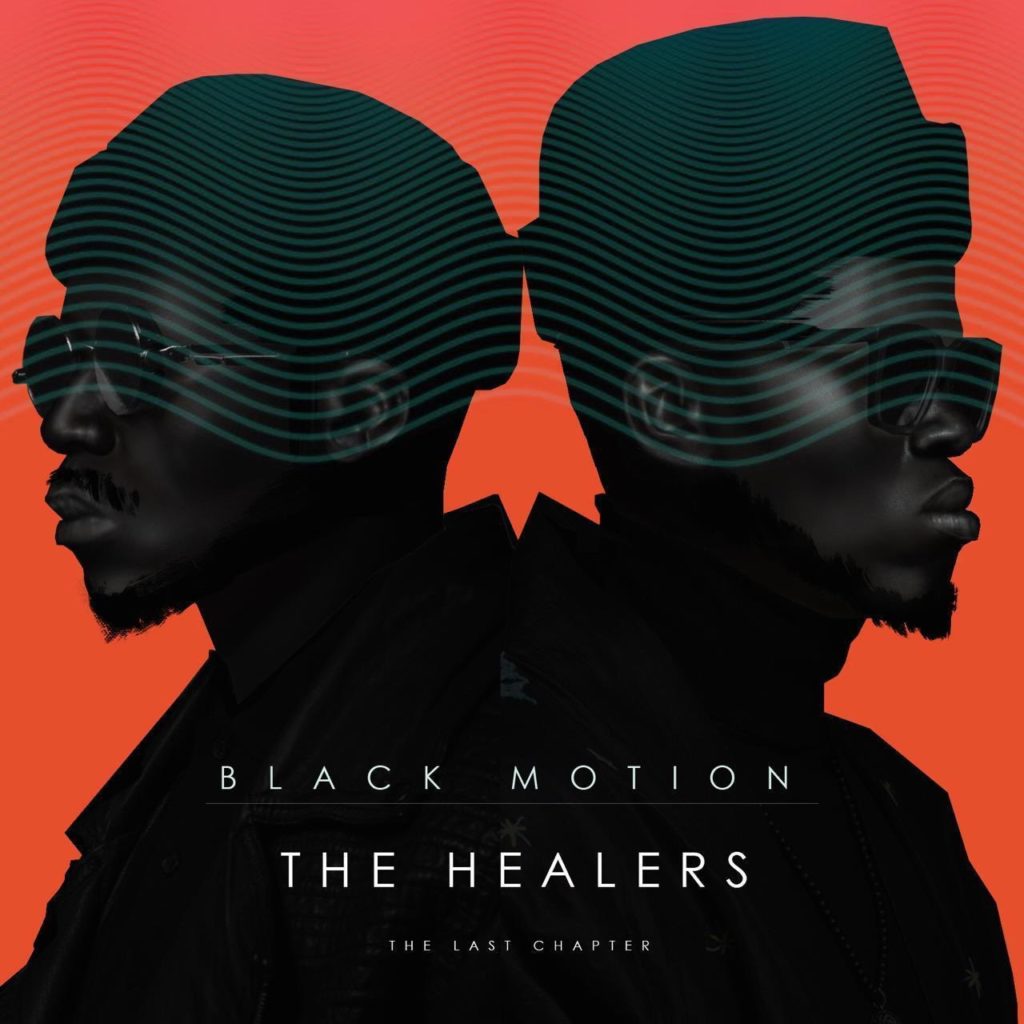 Black Motion has released a new album The Healers (The Last Chapter) which consists of 41 tracks.

Leading with an immersive, layered sound, the producers utilise a range of African instruments and motifs in their signature blend of organic and synthetic percussion. Melding classic and modern pop influences on “Marry Me (feat. Msaki)” alongside singer-songwriter Msaki, and folding equatorial drum lines into “Free (feat. Sauti Sol)”, Black Motion infuse their unique brand of Afrohouse with purpose and positivity. Here, they explain the themes behind the album.

You can stream the full album below and jump on the making of the album:

Healing Sounds
“In the ‘hood, they say ‘music will heal you’. What it’s doing to us is what we feel it should do to others. Most people say our music does heal them and that’s why we called this album The Healers. It’s dominated by women vocalists and is mostly gospel-orientated. We come from a very cultural background—we’re both Pedi—and our culture is based on drums, rhythm, chanting and singing. We grew up around Soshanguve where house music was mainly drum ’n’ bass and it grew into something we liked to interpret in terms of production. Over the years, our sound grew with the travelling we did. We knew we wanted to emphasise more of the drum progressions, the swing of our production and time signatures, while using as many native instruments as we could. Everywhere we travelled we learnt about the instrument most used in that culture, so it’s always been adding up through whatever we experienced and learnt from around the world.”

The Process
“We had proper time to do this album. We were locked in and the only things we had were our studio equipment and our minds. Some of these songs took years to make but some were done within months. We always have stuff in the vault—it’s just about upgrading it. It’s sort of like taking from the archives and just putting it to good use. We wanna be those producers that are sampled in the future, because of the archive that we’ve left behind and stories we told.”

A Journey Across Africa
“People have always been looking to Africa. We’ve had the likes of Miriam Makeba, Fela Kuti, Ladysmith Black Mambazo, Salif Keita and Hugh Masekela who are icons all over the world. We generally go around the whole of Africa, musically. We take the whole of Africa and combine it into one thing. When you listen to ‘Free’ with Sauti Sol, you know you’re in parts of Africa. There are very different African elements combined in the song: there’s Swahili vocals, West African drums and shakers made from an indigenous plant in Namibia that make a certain sound.”

A Journey Across Time
“‘Ven pa ka’ is totally different from what we usually work on. It’s a remake of a song that exists and we just thought it deserved proper recognition. We’re fans of a whole lot of sounds—especially native or jazz sounds. Not a lot of youth understand these sounds and just hear programmed music made on a computer. It’s important that we give a push to live instruments and live sounds. We have such a rich catalogue in Africa and we have to celebrate that. That’s why we decided to make songs like ‘Marry Me’ with Msaki. There are four eras in that song: the ‘70s era with that organ from Soul Brothers, the ‘80s era is the loud Brenda Fassie snare and the ‘90s era is that looped sound. We put all these elements in the song and obviously Msaki added today’s harmonies with her beautiful voice. We brought all these generations together.”

The Lessons
“I think we learn something from different people everyday, especially when we’re about to share the studio or our production with them. It’s always about learning how to better yourself and how to incorporate other people’s emotions. You have to find the right balance for everything and make sense of it. It’s all about the connection. We’ve never worked through emails as we’d rather connect with the musicians because we can hear about their stories and how they came about. That energy works around the song and we’ll end up having a spiritual song around these stories. We worked with Kabza De Small on ‘I Wanna Be’ and he was telling us that he was a fan and how we inspired him to learn how to produce. This is what came out of that. People have waited for this one and it’s happening on a different song for both pairs of us. It’s not one style of genre that’s one-sided. It’s a mixture of the ideas all of us had in studio. It’s a beautiful song—very musical.”

The Last Chapter
“We always knew what we wanted to produce and what we wanted to put out there as a message via music. How we interpreted our stories—from the hood to wherever we are in the world. This is not the end. This is the last chapter of our 10 year-old book—from the first album to this one. Each album represented a chapter, so we’re going on to a new book now. If you want to understand Black Motion, you’d have to understand us via this book. If you look at it as a journey, you’ll understand our story.””