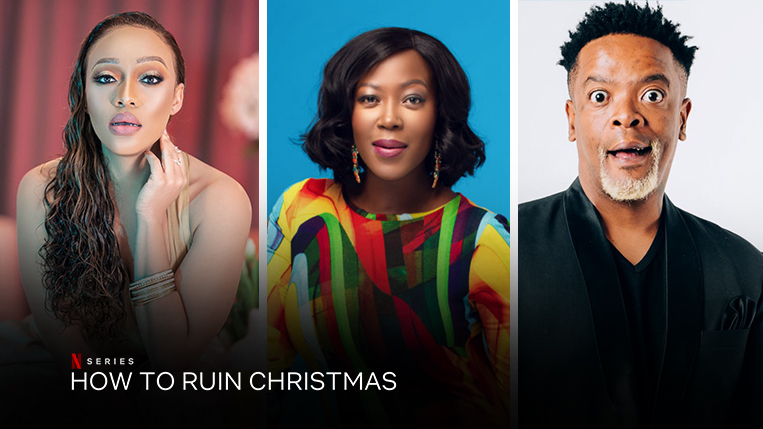 Busisiwe Lurayi stars as Tumi Sello, the family rebel and disappointment who begrudgingly joins her dysfunctional family for the first Christmas holidays in years. It is, however, not the merry return of the prodigal daughter everyone was hoping for. She manages to ruin her younger sister’s, Beauty Sello (Thando Thabethe), Christmas wedding before it even takes place, and spends the next three days frantically trying to get things back on track.

Dorothy Ghettuba who leads African Original Series at Netflix, speaking to the streaming service’s continued investment in the African continent said, “Christmas is a time to have fun, kick back and enjoy some holiday cheer. We are excited to bring to our viewers this truly South African Christmas Special. We hope to bring our local and global viewers laughter, joy and spur them into the spirit of Dezemba!”

The three-part holiday special explores the all too relatable dysfunctional family whilst offering up the familiarity of class tensions within the black community.

Rounding out the cast are breakout talents Swankie Mafoko as Lydia Twala and Lethabo Bereng as cousin Bokang, as well as Dippy Padi as Thando and Nambitha Ben-Mazwi as Refiloe.

With appearances by industry heavyweights Kate Normington as Candice Harden and Seputla Sebogodi as Edmund Mokoena, the series serves up a roster of some of South Africa’s most inspiring talents.

The three-part series, produced by Burnt Onion Productions, a Johannesburg-based production company, is led by industry game-changers, Katleho, Tshepo, and Rethabile Ramaphakela. From concept to delivery, the trio brings to life a combination of fresh creativity and a commitment to quality, which How To Ruin Christmas: The Wedding promises to deliver in large doses.