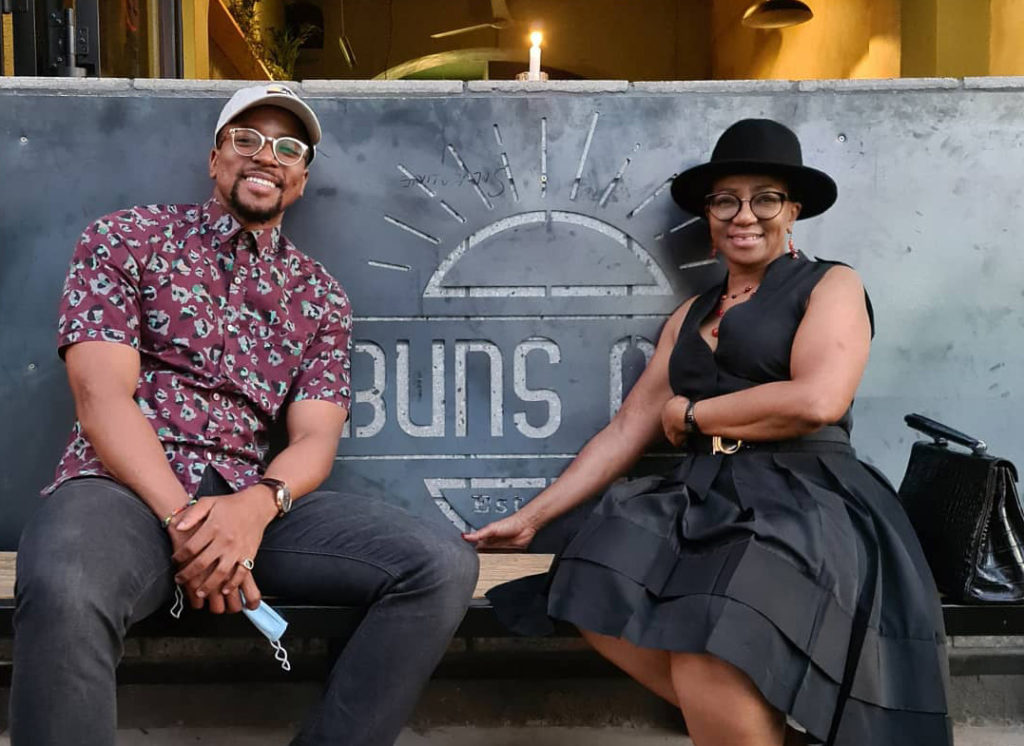 Maps Maponyane has opened the second outlet of his burger joint ‘Buns Out’ in Rosebank.

Buns Out officially opened its doors in September 2019 in Linden (North of Joburg) serving a dozen burgers, including classic, veggie, gourmet, and even vegan options.

To add to the original Linden location, Buns Out is now open at 2 Bolton Road in Rosebank.

Earlier this year, Buns Out restaurant opened a pop-up location in Durban, and to top it off it was named as one of the best burger joints in the world by Bloomberg.

And just like that, a year later to the exact day, our second Buns Out baby is born!🍔🍔 Of course my mom had to come by yesterday to give the thumbs up before we could make things official.🙌🏾 @BunsoutL