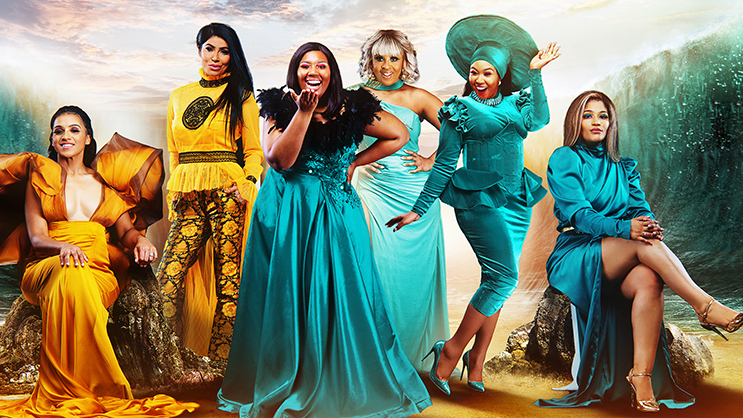 The Real Housewives of Durban (RHOD) will now launch first and exclusive to Showmax rather than 1Magic on 29 January 2021, with new episodes following every Friday.

RHOD replaces the Showmax Original reality series Uthando Lodumo, about Babes Wodumo and Mampintsha’s traditional and white weddings, which has been delayed by Covid-19 until weddings are possible again.

Of course, “housewives” is used loosely here: while lavish lifestyles, high fashion and parenting challenges will certainly be on the RHOD menu, these Ethekwini queens have their own business empires too. Nonkanyiso Conco owns beauty brand Laconco Naturals; Ayanda Ncwane is CEO of Ncwane Communications and president of The Africa Gospel Awards; Sorisha Naidoo, a former Miss India South Africa, imports around 25 beauty products through her company SSBO; Kgomotso Ndungane owns an events and floral business called Oak Celebrations and recently launched her own luxury home, body and bath product line, Lelapa; Nonku Williams is founder of Ashes to Beauty Winery and has business interests in construction; and Annie Ludick owns Durban’s luxury beauty salon Annaesthetic, as well as an events and marketing company and a dance agency.

Check out trailer below:

Conco is the bride of former President Jacob Zuma; Ncwane is the widow of gospel legend Sfiso; Naidoo is the wife of billionaire businessman Vivian Reddy; Ndungane is married to former Springbok Odwa; Ludick is planning her white wedding to Durban businessman Kgolo Mthembu in April; and Williams is a divorced mom of three.

Valen’tino Mathibela (Lebo M – Coming Home, The Real Housewives of Johannesburg, Survivor SA, The Voice SA) is directing, with Let It Rain Films producing and Lee Doig creative directing. Doig won an Emmy for his cinematography on Survivor USA and has earned another nine nominations for his work across 34 seasons of the hit show.

RHOD will be available in more than 40 African countries, taking the sassiness, spice and saltiness of Durban to the continent.

RHOD comes first to Showmax on 29 January 2021, with new episodes following every Friday.

ARTIST OF THE WEEK: S B X debuts new EP ‘These Songs Are About You’
WHERE TO BUY: the adidas YEEZY BOOST 700 “Sun”