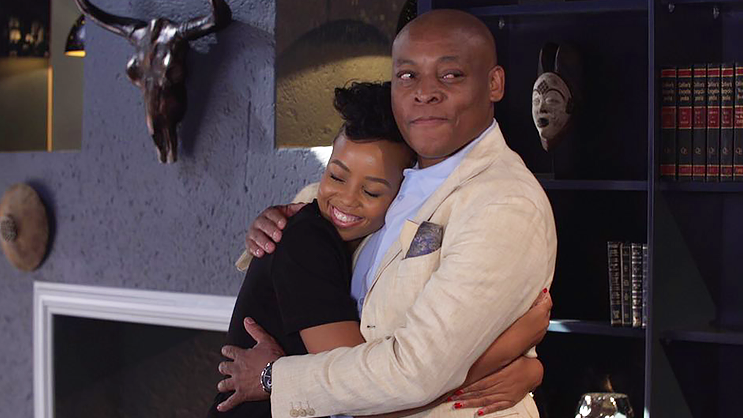 The Queen is a fast-paced telenovela about a dedicated wife, mother and successful businesswoman, Harriet Khoza (Connie Ferguson) who is forced to do the unthinkable when her husband’s (Treasure Tshabalala) secret comes to light.

The Queen airs Mondays to Fridays at 21h00 on Mzansi Magic and available to stream on Showmax.

This is what’s coming up on The Queen this month.

Shaka faces a sobering reality. Schumacher does the unthinkable.

One Way or Another

Shaka finally gets through to Khaya but Brutus is still suspicious of his grandson’s intentions. Caught red handed, Schumacher can’t see a way out of his dilemma.

Khaya is forced to make a risky move to help Cici. Schumacher tries to hide away from the Sebatas.

Icing on the Cake

Harriet struggles to convince the Khozas of her plans for the family business. Cici’s life is in danger because of the “drugs” Khaya got for her.

Khaya’s attempt to be a hero leads him to deadly grounds. Schumacher is all about living in the moment, even if it means doing it on someone else’s budget.

Mpho has the perfect revenge in mind for Schumacher. Shaka has to stop Khaya from making the biggest mistake of his life.

The Khozas are panicked as Vuyiswa takes decisive action against Khaya. Mpho has one final request for Schumacher.

Loneliness Knows Him by Name

Shaka displays a side of him Harriet never knew existed. Vuyiswa throws herself in the firing line.

A visit from beyond the grave offers Vuyiswa a chance at happiness. A mysterious beauty bails Shaka out of a jam but what does she want in return?

Another Chance at Love

Vuyiswa’s firm grasp on the past starts to worry Thato. Thando finds herself still wrapped up in the past.

Thando hatches a plan that Goodness is able to buy into. Will Hector be able to tell Mpho the truth about his latest choice?

Thando has a surprise for Shaka when he fails to honour his promises again. Vuyiswa is upset when Hector walks on eggshells around Mpho instead of telling her the truth.

Hector tries to convince Mpho about his relationship with Vuyiswa. Thando has an unexpected conversation with Shaka. Vuyiswa struggles to come to terms with Mpho’s rejection.

Mpho gives her father an ultimatum. Shaka is not exactly done with Thando.

Shaka starts to question if he’s made the right choices in life. Hector is at the end of his rope, when he struggles to find his daughter.

The Khozas are divided by Shaka’s choice of girlfriend. Mpho makes a surprising revelation.

Lovers have to deal with overprotective family and surprises coming out of the blue.

Hector is grooming a reluctant Thando to take over the dealings with Santiago. Shaka finds out Thando hasn’t told anyone about their relationship. Is she ashamed of him?

Too Close for Comfort

Thato starts to ask questions about Hector that make Schumacher and Mjekejeke uncomfortable. Thando continues to entangle herself in a web of lies, finding it harder and harder to be honest with Shaka.

Fly Me to Colombia

Thato is on a quest to find out the truth about Hector. Shaka defies his family and chooses to fight for his relationship.

Kagiso comes across something that could blow up Shaka’s world. Thato starts asking questions that make Thando and Hector nervous.