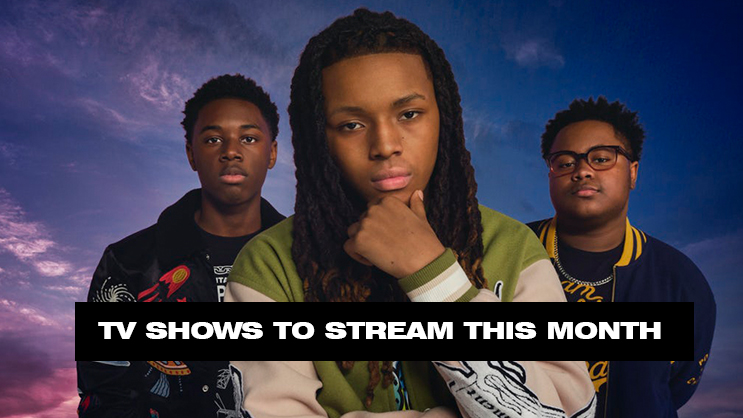 In the new season, Jake, Papa and Kevin confront the harsh reality of how the world views young, Black men in the aftermath of an act of police brutality. As the three friends reckon with a broken system, the aftershocks ripple across the South Side, inspiring friends and neighbors to rise up and take action. How does a community find the strength to persevere? That’s the power of THE CHI.

After a jaw-dropping debut season, Netflixers can now indulge in the second season of “Who Killed Sara”.

The series follows Alex, a man convicted of a crime he did not commit and is then released after 18 years behind bars. Upon leaving, he only wants revenge on Rodolfo Lazcano, the person responsible for the death for which he was sentenced.

In season 2, Alex has to face his worst nightmare: his sister’s Sara true personality, whom clearly he never knew at all. At the same time, a buried mystery corpse in his own patio becomes a ticking clock that can make him go back to prison at any time. He has no other choice than to become an investigator and put together all the pieces that will portray Sara’s true and terrible story and her relationship with the Lazcano family.

Rick and Morty Season 5 is here, and Rick Sanchez is back! The sociopathic genius scientist lives with his daughter Beth’s family, constantly bringing her, his son-in-law Jerry, granddaughter Summer, and inherently timid grandson Morty on insanely dangerous adventures across the multiverse.

The half-hour animated series follows a sociopathic genius scientist who drags his inherently timid grandson on insanely dangerous adventures across the universe. Rick Sanchez is living with his daughter Beth’s family and constantly bringing her, his son-in-law Jerry, granddaughter Summer, and grandson Morty into intergalactic escapades.

The action-filled trailer shows Assane Diop pursuing his revenge against Hubert Pellegrini, but his son gets caught up. With his back to the wall, he now has to think of a new plan, even if it means putting himself in danger.

In Part 2, Assane goes for revenge against Hubert Pellegrini, but his son gets caught up in the middle. With his back to the wall, he now has to think of a new plan, even if it means putting himself in danger.

Elite‘s newcomers are stirring up a lot of trouble and some serious heat in the new season.

A strict principal and four new students arrive at Las Encinas, bringing an onslaught of romantic entanglements, intense rumors and a fresh mystery.

A new school year begins at Las Encinas, and with it comes a new director (Diego Martín): one of the most powerful businessmen in Europe, ready to bring the Las Encinas institution, which, according to him, has been running amok in the past few years, back on track. He brings his three children with him (Carla Díaz, Martina Cariddi and Manu Rios): three teenagers too used to always get their own way, and to have what they want when they want, no matter who falls, and who will jeopardize the union and strong friendship of the students who have stayed at the school.

Once again, a battle between the old (the long-standing students) and the new world (the new management and the new classmates, including Pol Granch) takes place. A clash of sides where the value of friendship, love, loyalty, the discovery of one’s own sexuality, the invincible power of the privileged and the culture of silence will be tested more than ever. A confrontation that will end up exploding and causing a tragedy, a victim, and a perpetrator whose identity must be unveiled.

Announced early last year, Netflix‘s next local original series ‘JIVA!’ will be streaming from this month.

Choreographed by Bontle Modiselle and Tom London, the show features a wide range of dance styles from Mzansi, all coming together to create a colorful ode to South African dance culture.

The Crackle original series “StartUp” which debuted in 2016 and had two seasons follow, releasing a year after one another, is now available on Netflix.

The series is about the unlikely business partnership between a programmer named Izzy (played by Otmara Marrero) who creates a new form of cryptocurrency and needs funding to launch it, the son of a money launderer (Adam Brody) who uses his father’s dirty money to create the company, and a Haitian drug lord who wants to go legit (Edi Gathegi) who becomes the muscle of the team. There’s also a whole bunch of government agents (played by Martin Freeman and Mira Sorvino) who want to take them down, but the trouble is, they’re also crooked in their own ways. The series is full of casting surprises and cameos, take a look to see who else pops up on one of Netflix’s newest hits.