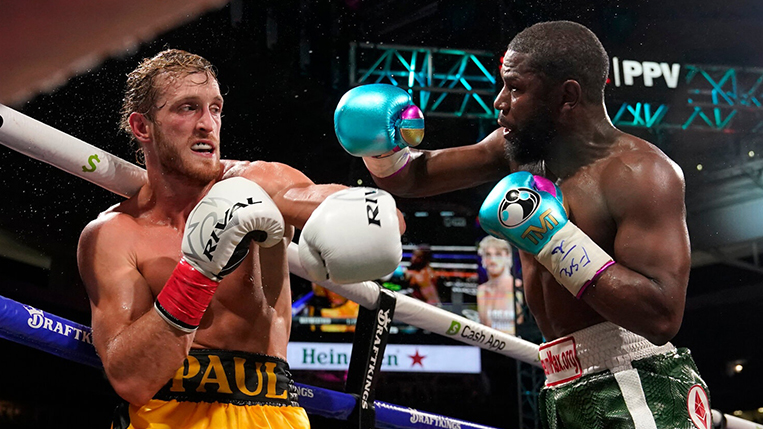 Both went full 8 rounds, with no judges for the exhibition, so there was no winner announced as per fight rules. The fight ended in boos from the crowd, which most of ’em had either paid to see something more exciting or even a knockout.

26-year-old Logan stood his ground and landed a handful of serious power shots. However, Floyd as per usual dominated the fight which took place at Hard Rock Stadium in Miami.

Mayweather praised Logan when sharing his take about the match “I had fun,” Mayweather said.

“You’ve got to realize I’m not 21 anymore. I had fun moving around with these guys. He was better than I thought he was. This was fun.”

Logan pays homage as well, saying, “Floyd Mayweather, it was an honor … this is one of the best moments of my life.”

“I don’t want anyone to tell me anything is impossible ever again.

“The fact I am in here with one of the greatest boxers of all-time proves that the odds can be beaten.

“Everyone has it in them and everyone can beat the odds and do great things in life.

“It’s one of the greatest moments in my life.

#YMZShots: Our Favourite 10 Shots of the Week
LIST: TV Shows you should be streaming right now (June)