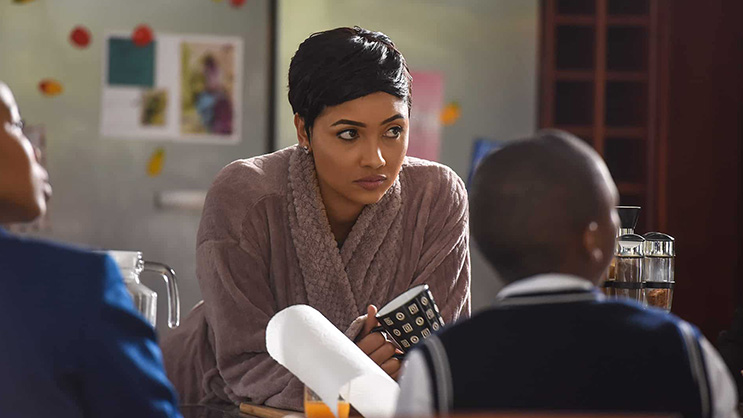 Local series Black Tax will return for the second season this month.

Season 2 stars lead Jo-Anne Reyneke who portrays the character of Thuli Dlamini. The first-ever locally co-produced original sitcom with BET Africa and Showmax scooped a SAFTA for Best Scriptwriting in a TV Comedy.

Black Tax is a hilarious, fun and light-hearted sitcom entrenched in the culture of black tax. If you think you’re just earning your way in this world, think again because it’s payback since the first paycheque.

The original sitcom follows a black professional, Thuli, who grapples with the unsaid aspect of her community that affects most middle-class African people. Thuli has to deal with the unspoken law that most viewers can resonate with: of paying back to the family and extended family.

Season 2 will see Thuli going to night school to up-skill herself, in order to rise above her black tax. Look out for a host of new celebrity cameos as well as returning Season 1 favourites.

Black Tax Season 2 will air  from Saturday 09 October at 19:00 CAT on BET Africa (DStv Channel 129) and will be available on Showmax.