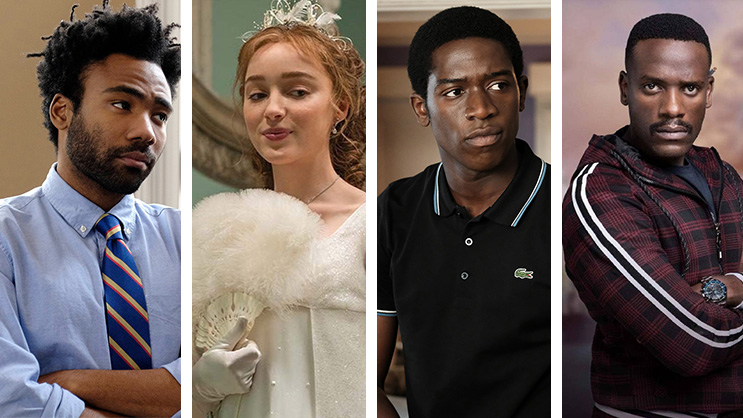 While our readers are always looking for new and exciting TV Shows to stream, we’re happy to bring you this year’s list of shows to check out.

The list covers anything from action, thriller, adventure, and horror – and is a selection of 20 shows that are a priority.

This year fans can look forward to a number of shows including new seasons of Ozark, Atlanta, Snowfall and Bridgerton to name a few.

Here is our list of 20 TV Shows to look forward to:

* Note premiere dates for shows marked TBD will be updated.

Arguably the hottest show in the country right now! The Wife which debuted November 2021, will remain the topic throughout with 2 more seasons still on the way.

The series follows the lives of the eight Zulu brothers, a formidable crime family, through the eyes of the women they marry. Rising star Mbalenhle Mavimbela (Skeem Saam, Isipho) plays “Hlomu the wife”, the journalist who falls in love with a taxi driver, not realising that when you marry a man, you marry his secrets. Mqhele is played by Bonko Khoza, who burst onto the acting scene as Jabz in the multi-award-winning film Necktie Youth and has since appeared in the likes of Professionals and the Emmy-nominated Roots.

Showmax has commissioned 3 seasons of 40 episodes each, inspired by Dudu’s books Hlomu the Wife, Zandile the Resolute, and Naledi His Love respectively. The books follow the lives of the eight Zulu brothers, a formidable crime family, through the eyes of the wives they marry.

TV’s coolest teen drama returns for a proper second season. Zendaya returns to her Emmy-winning role as Rue for a new season that takes a somewhat darker turn as the high school student continues to struggle with her addiction and falls into the deep end of the drug world.

A comedy murder-mystery set in a high school reunion afterparty. Each of the eight episodes will feature a retelling of the same night told through a different character’s perspective, each with its own unique visual format and film genre to match the teller’s personality.

The show hails from “Spider-Man: Into the Spider-Verse” and “21 Jump Street” filmmakers Chris Miller and Phil Lord, and across eight episodes follows a detective played by Tiffany Haddish who’s investigating a murder that occurred at a high school reunion party.

Other cast include Sam Richardson as Aniq, Zoë Chao as Zoe, Ben Schwartz as Yasper, Ike Barinholtz as Brett, Ilana Glazer as Chelsea, Jamie Demetriou as Walt, and Dave Franco as the murder victim Xavier.

Drama series Inventing Anna is based on the true story of a con woman working in New York high society.

Anna Sorokin was a Russian-born German who moved to New York in 2013 and set herself up with a fake identity as Anna Delvey, supposedly an uber-rich German heiress.

She told her new friends that her wealth totalled around $60 million, but frequently managed to get her high-society acquaintances to foot the bill for hotel stays, restaurant visits and shopping trips by claiming her money was stuck overseas or that she had forgotten her wallet.

Mark Scout leads a team at Lumon Industries, whose employees have undergone a severance procedure, which surgically divides their memories between their work and personal lives. This daring experiment in ‘work-life balance’ is called into question as Mark finds himself at the center of an unraveling mystery that will force him to confront the true nature of his work … and of himself.

Adam Scott plays Mark, and the series will be directed and produced by Ben Stiller. Patricia Arquette will play Mark’s boss.

Everything has been set in motion for Bob Odenkirk’s Saul Goodman to completely break bad. Gus Fring’s entanglement with Nacho (Michael Mando) and Lalo Salamanca (Tony Dalton) is heating up. We’ve gotten a taste of Kim Wexler’s (Rhea Seehorn) dark motives. And the Breaking Bad timeline is right around the corner.

In Season 5 of Snowfall, Franklin (Damson Idris) and family are rich beyond their wildest dreams and on the verge of having everything they’ve wanted as the ground begins to fall out from beneath their feet. The streets of South Central Los Angeles have never been so dangerous, but the biggest threat the family faces are each other as they try not to let greed, resentment and ego tear them all apart.

Sex Education will return for Season 4 later this year.

The series revolves around a fresh postmodern take on young adult life, friendships, and attitude towards sex, identity, love, and everything in between.

The second season of the Shonda Rhimes-produced Regency-era bodice ripper will focus on eldest son Anthony Bridgerton (Jonathan Bailey), who was previously reluctant to marry into high society as his family expects him to.

It was confirmed that Regé-Jean Page will not be returning for the upcoming season. Phoebe Dynevor will return as Daphne, who will now help her brother Lord Anthony Bridgerton in his pursuit of love.

The series became a big hit since its launch and was watched by 63 million households across its first 28 days.

The middle eight episodes of the final season will see “many of our heroes fighting imminent hellfire under Reaper attack; while others battle Mother Nature’s torrential wrath in Alexandria. For all, their world is literally crashing down around them. Meanwhile, life in the Commonwealth is not as idyllic as it seems. For some, hope will be renewed. Others will be pushed past the point of no return. One truth holds tight: Lives hang in the balance with each decision drastically changing their future, their chances of survival, and the state of each community.”

House of the Dragon S1

The story of House Targaryen will be told. House of the Dragon is the prequel to Game of Thrones and is based on George R.R. Martin’s 2018 novel Fire & Blood.

The series is set 200 years before the events of Game of Thrones, tells the story of House Targaryen.

Winning Time: The Rise of the Lakers Dynasty

Based on Jeff Pearlman’s book Showtime: Magic, Kareem, Riley, and the Los Angeles Lakers Dynasty of the 1980s, the series dramatizes the professional and personal lives of the players and coaches that made up one of sports’ most successful teams.

As Mike Prince takes his place on the Axe Capital throne, he’s determined to change the game – and new money means no mercy. Meanwhile, Chuck Rhoades is convinced no one should have that much wealth or that much power. With Prince firmly in Chuck’s crosshairs, forces will be rallied and scores will be settled. And as all the players seek out new alliances, only one thing’s for certain… wealth means war.

Gus’s (Christian Convery) journey of self-discovery leads him directly to General Abbot (Neil Sandilands), who is very interested in discovering the link between Gus’s creation and the plague that is slowly ending the human race. Meanwhile, Jeppard (Nonso Anozie) and Aimee (Dania Ramirez) plan to rescue the hybrid kids. 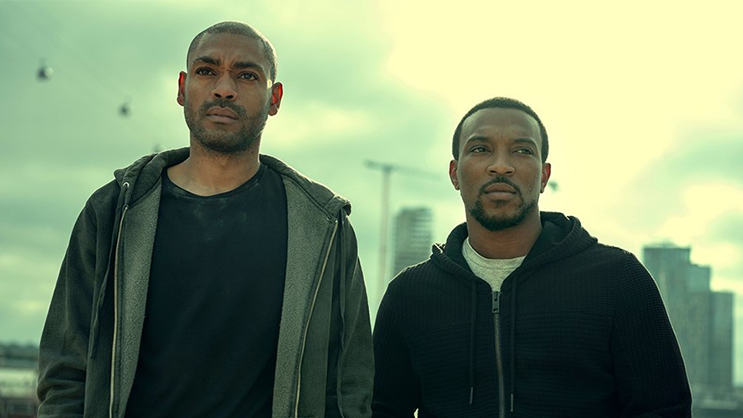 After a six-year of waiting, Drake‘s favorite show made an epic comeback in 2019 with Drizzy himself exec producing.

The fourth season will arrive on Netflix later this year. Ashley Walters and Kane Robinson will return to reprise their roles as Dushane and Sully joined by Micheal Ward who plays Jamie.

Set on the fictional Summerhouse estate in London’s Hackney, the series focuses on the lives of characters including drug dealers Dushane (Ashley Walters) and Sully (Kane ‘Kano’ Robinson) and has featured an impressive supporting cast over the first three seasons, including For Life’s Nicholas Pinnock, Michaela Coel, Letitia Wright, David Hayman and Doctor Strange’s Benedict Wong.

From creator Steven Knight, the gangster series reset the genre for British TV, as it told the story of World War 1 veteran Tommy Shelby (Cillian Murphy) and his violent Birmingham crime family.

Showtime has given a series order to the first season of the hour-long drama The First Lady, starring Viola Davis who will play former first lady Michelle Obama. Gillian Anderson (The Crown) will star as Eleanor Roosevelt, and Michelle Pfeiffer (French Exit) will star as Betty Ford.

The series is a revelatory reframing of American leadership, told through the lens of the women at the heart of the White House. In the East Wing of the White House, many of history’s most impactful and world-changing decisions have been hidden from view, made by America’s charismatic, complex and dynamic First Ladies. This series will peel back the curtain on the personal and political lives of three unique, enigmatic women, tracing their journeys to Washington through interweaving storylines with an enlightening intimacy, with season one focusing on Michelle Obama, Betty Ford and Eleanor Roosevelt.

While David Harbour’s Jim Hopper is trapped in Russia and facing dangers both human and not, the kids of Hawkins, Indiana, will find a secret long buried in the town during the sci-fi series’ fourth season.