And Proverb returns to host the show. 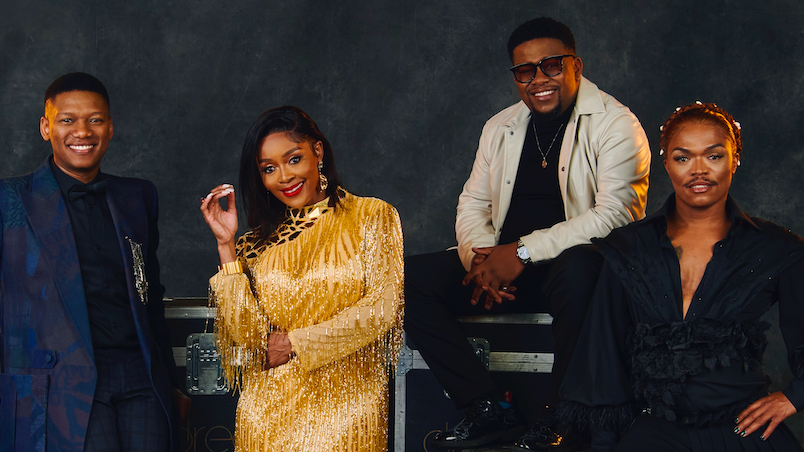 Idols SA will return for the 18th season with new judges joining the panel.

Returning to the judges’ chair is fan favourite Somizi Mhlongo, and he will be joined by two new judges: Thembi Seete and rapper-producer JR Bogopa.

This means fans will not see the famous faces, Unathi Nkayi and Randal Abrahams on the judging panel.

The award-winning, co-executive producer Tebogo ‘ProVerb’ Thekisho will return to host the music competition reality show for his 13th season.

Making a comeback to his seat as the most famous competition judge in the country, Somizi Mhlongo is a multitalented choreographer, reality TV star and actor whose Idols SA catchphrase ‘Whooo shem!’ is loved by many.

Known for his vibey energy, dramatic dress sense and honest critique as a judge, Mhlongo will dazzle our screens yet again as he ushers in a new era for the show and guides a new crop of talent.

An acclaimed actor, dancer and musician who has been part of South Africa’s pop culture fabric since the 1990s, Thembi Seete is known for her consistent reinvention and evolution as an artist. From her Boom Shaka youth to her hit solo career, she has since branched out into the small screen, and stars in the hugely popular Mzansi Magic telenovela Gomora as Gladys.

Seete is no stranger to the judge’s chair – she was a guest judge in Idols SA season 17, and was warmly received by fans, who loved her bubbly energy, constructive critique and useful nuggets of advice for the show’s performers.

Rounding off the judges’ table is hitmaker, techpreneur and rapper JR Bogopa. Since his Make the Circle bigger days, the award-winning musician has branched out into various parts of the entertainment industry.

With a music publishing company, record company and music distribution app to his name, JR understands the business of entertainment as well as he does its creative side. A newcomer to the Idols SA world, he brings a wealth of experience that will provide contestants with knowledge that goes beyond performing.