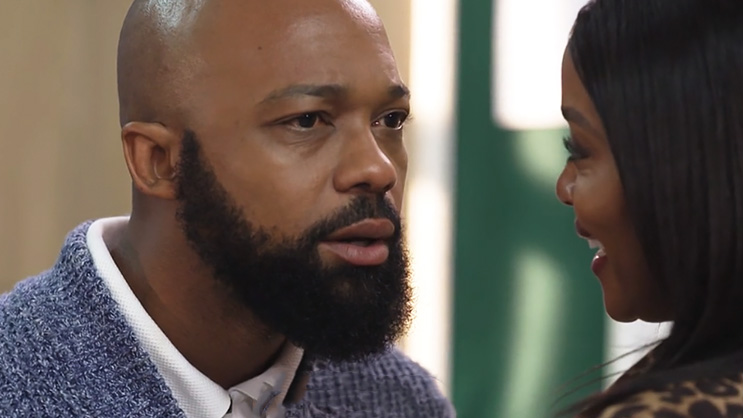 Zodwa runs into an old temptation that threatens to take her down a dark path. There’s a new Principal, and things are about to change at Gomora high.

Zodwa managed to avoid temptation but her problems are still standing. Gladys gets a declaration of love and it throws her off.

Thathi lashes out at Gladys for counselling Gugu, the past issues. Teddy gets his illegal license and PDP but he is laughed at.

Thathi and Mike Jr’s lead is a dude. Nkosinathi and Gladys have their first fight. Pretty threatens to leave Sbonga to leave for good.

Things are gloomy and tense and painful at Sonto’s house. Sbonga hires a fake Music Producer. Qhoqhoqho has to deliver to a client, but the detective has a clue.

Qhoqhoqho seems to be turning over a new forest. Sonto wants to take matters into her own hands. Gladys is miserable and Zodwa gives her a bitter pill.

Buhle gets a lift from a bakkie driver and it’s not as safe as she thought. Sizwe is watching his world crumble in front of him and he wants to do good.

Gladys is grouchy without Nkosinathi. Buhle manages to get hold of Sonto, but her rescue mission ends tragically. Thathi has the worst possible reunion with Buhle.

The community is both shocked and enraged by the passing of Buhle. Qhoqhoqho attempts to escape Gomora, once and for all. Sibongile blames Zodwa for everything that’s happened to her.

Thathi is in a deep dark place and no one can reach her. The teachers decide to give learners moral support. Teddy fails to raise money for the portrait.

Qhoqhoqho meets his match in the jug. Teddy defies his boss to help Ntokozo.

Sibongile struggles to contain the leak of her pictures. The Molefe’s get an unexpected visitor. Sonto wants to erase every trace of Qhoqhoqho.

On the cusp of fleeing, Qhoqhoqho meets his predators prowling at him. Speeches pour in for a young girl’s untimely passing.

Sonto lies to Qhoqhoqho when he is pulled out of the car by Stompie. There’s a new stranger in town Sibongile admits what she got up to and hell breaks loose

Sonto tries to strong-arm Mabuyase to take the car. Nkosinathi brings a cop into the classroom. Teddy is worried he won’t have money to pay Mabuyase.

Sonto gives Mazet the ultimatum regarding Nyalleng.  Zaza flips the script to save her own skin. Teddy figures a plan to raise his employer’s money.